Sacheen Littlefeather, famous for 1973 Oscar speech, made up her indigenous narrative, sisters claim 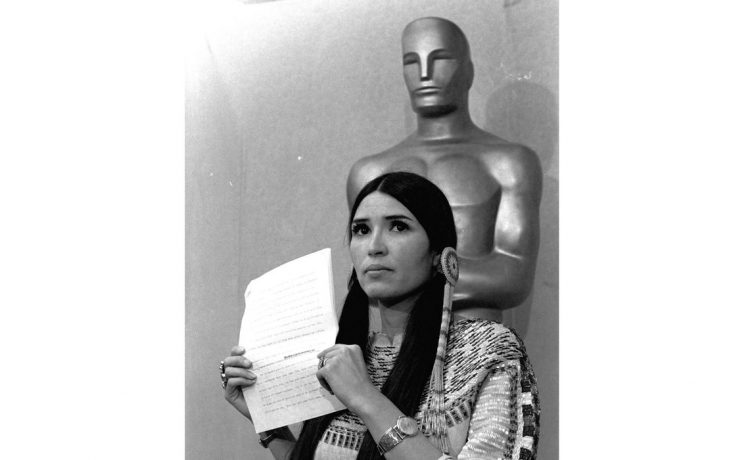 Sacheen Littlefeather, who claimed to be Apache and whose 1973 speech at the Academy Awards denounced the treatment of Native Americans in Hollywood, faked her racial identity for decades, her sisters allege.

Littlefeather, who died on Oct. 3, gave her speech in place of Marlon Brando, who declined the award for Best Actor that year after playing Vito Corleone in “The Godfather.”

Her words were so incendiary that John Wayne had to be restrained from interrupting the speech, and boos echoed throughout the auditorium for the duration of the speech.

Her sisters have now come out and denounced her claims of indigeneity in an interview quoted in a San Francisco Chronicle opinion column. Littlefeather, born Mary Louise Cruz, was, like them, a Mexican-American, Rosalind Cruz and Trudy Orlandi allege.

Ms. Cruz said it was “insulting to my parents” and “disgusting to the heritage of the tribal people,” according to the Chronicle column.

Ms. Orlandi pinned Littlefeather’s claim of being Apache on a desire for prestige.

The two also claim that key parts of Littlefeather’s claimed upbringing were fabricated along with her status as a Native American.

For example, the two allege that Littlefeather lifted her accounts of being abused by an alcoholic, mentally ill father from her father’s own upbringing.

Ms. Orlandi and Ms. Cruz also explained the meaning behind Littlefeather’s assumed first name. “Sacheen,” the two said, was possibly inspired by the spools of thread sold by the Sasheen Ribbon Co.

Ms. Orlandi dismissed Littlefeather’s biographical account of where her assumed surname came from.

“That she danced in front of my father and always wore a feather in her hair, in her head? And that’s when my father called her ‘Littlefeather’? That’s another fantasy,” Ms. Orlandi explained to the Chronicle.

Littlefeather claimed to have received her name from Navajo activists during the 1969 occupation of Alcatraz.

LaNada Warjack, a then-student activist who was on Alcatraz during the entire 18-month occupation, said Littlefeather was not there and that activists only learned who she was during her Oscar speech.

“We never really knew her until Oscar night. … That same year she did a spread in Playboy magazine. We knew no Native would do that. … The last thing we as Native women wanted anyone to think of us was as sex objects,” Ms. Warjack told the Chronicle.

The sisters said they had withheld the truth until now because they thought Littlefeather’s fame would fade away.

In light of the positive coverage Littlefeather received after her death, as well as the official apology from the Motion Picture Academy she received earlier in 2022 for the backlash to her 1973 speech, her sisters said it troubled them to see her “being venerated as a saint.”