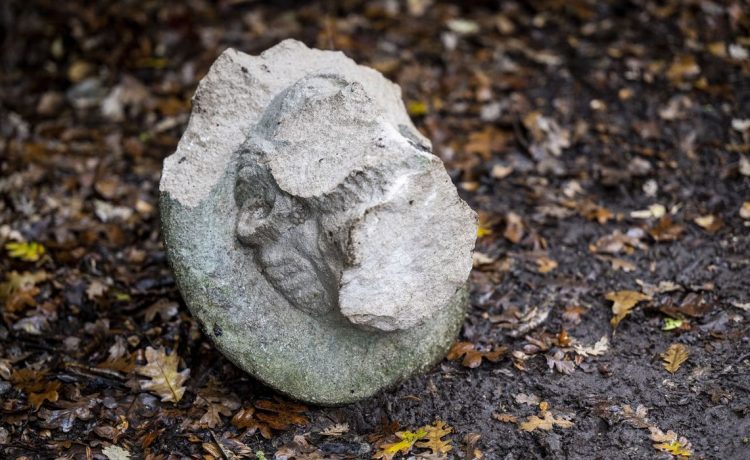 A Sacramento, California, statue of Charles Swanston, a meatpacking magnate in the 1800s, was vandalized with its head cut off Monday.

The head was discovered next to the statue Tuesday, and authorities have offered a reward of up to $1,000 for information on the incident.

A possible motive for the vandalism has not been found, as opposed to the July 4, 2020, tearing down of a statue of missionary Junipero Serra by protesters at Sacramento’s Capitol. The Serra statue was targeted due to his actions regarding the state’s native people.

“I have no idea why anyone, unless they’re vegetarians and didn’t like meat packers,” would do such a thing, Sacramento City Historian Marcia Eymann told the Associated Press.

Swanston was a local rancher and founder of the meatpacking firm Swanston & Son. His son, George Swanston, sold his former ranch to the city of Sacramento in the late 1910s, eventually forming part of the William Land Park in which the statue is located, according to the Sacramento Bee.

The statue, a memorial fountain, was paid for by a donation from George Swanston for $10,000 in 1922 and completed in 1926. If not for the donation, Ms. Eymann noted, the statue would probably have not been commissioned.

“Not that anybody knows who he is, but that’s something very special that Sacramento had and now it’s destroyed,” Ms. Eymann expressed to the AP.

Swanston’s descendants were also incensed at the vandalism.

“I’m angry. My family is angry. We all really don’t understand this or why anyone would do this,” Charles Swanston’s great-great-grandson Eric Hud told KTXL, a Sacramento Fox TV affiliate.

The Sacramento Police Department urged witnesses or those with information to contact the Sacramento dispatch center at (916) 808-5471 or Sacramento Valley Crime Stoppers at (916) 443-HELP (4357). Callers can be anonymous and may be eligible for the $1,000 reward, the department noted in a tweet.

1841 El Camino, a local cannabis dispensary, is also offering a $5,000 reward, according to KTXL.