Safaree Admits That He Never Had Sex With Lyrica Anderson 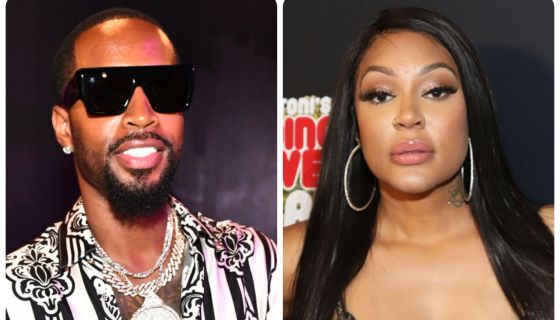 Safaree [“Straaait” storyline] Samuels has admitted that he fabricated the story implying that he had sex with his Love and Hip Hop: Hollywood castmate, Lyrica Anderson. Anderson has since said that she was “humiliated” by the lie–but her ex-husband is hinting that the reality TV deception was a group effort. 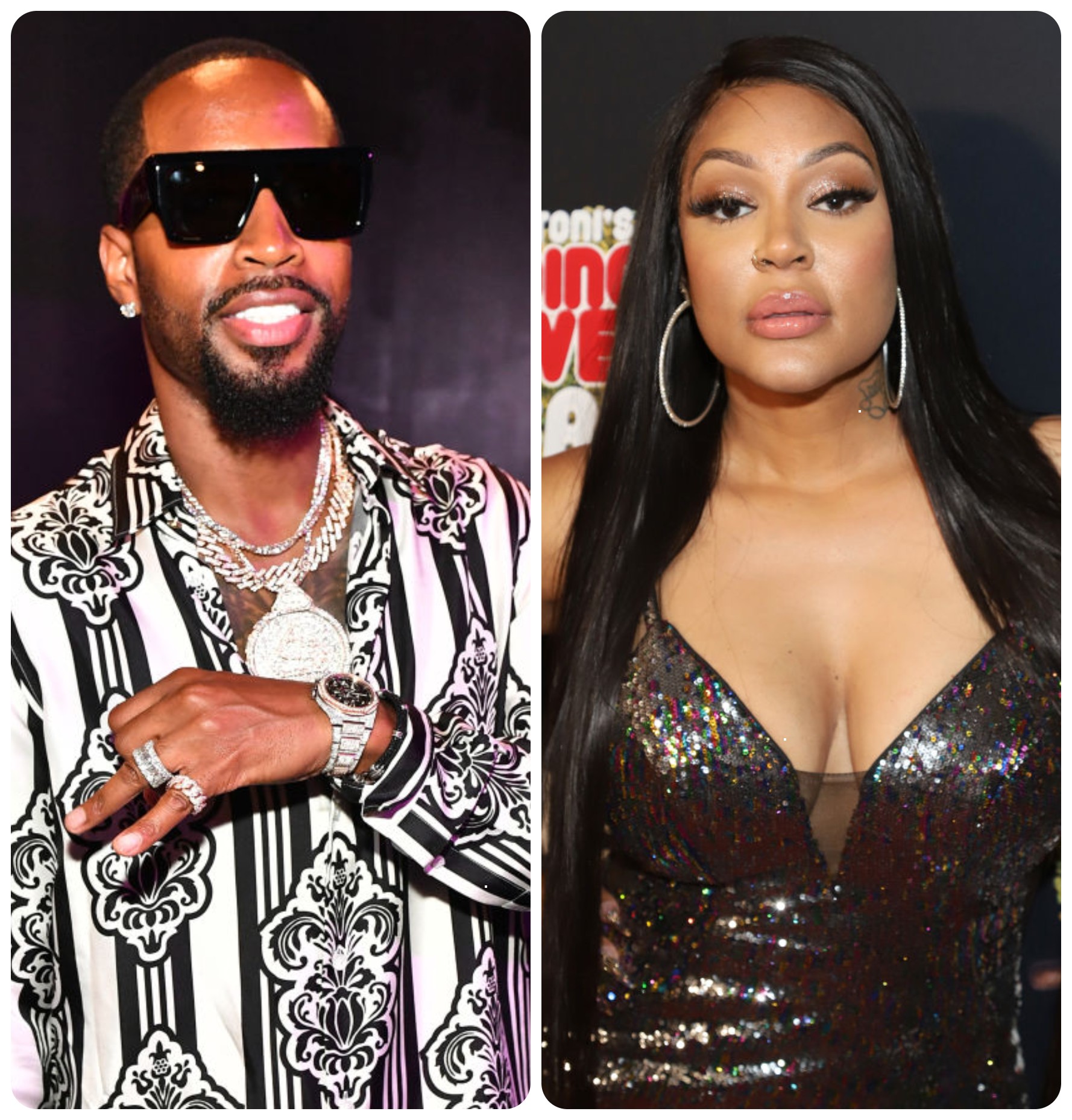 It’d been four years since the episode aired where Ray J’s skully was doing backflips on his head as Safaree implied that he and Lyrica had more than a business relationship and during the scene, the “Stuntman” rapper told Brandy’s brother;

Ray J: “You KNOW you smashed. What did you do?”

Safaree: “Like I didn’t mean for it to happen, it’s just we be talking—and we were supposed to get on a song.”

Ray J: “Why did you do that?! I thought you would deny it, deny it and I could clear your name…Lyrica really didn’t admit it but I just needed to know for myself.”

Amid the cheating allegations, Lyrica was pregnant with her husband, Sprng BRK, formerly known as A1’s child, so naturally, his family vehemently requested a paternity test. After the results confirmed A1 was in fact the father, the two reconciled briefly after a separation. Their son, Ocean Zion Bentley was born in November 2018.

On Thursday, Nicki Minaj’s ex made a post on social media recanting his statement.

“I just saw that LHH special with Hollywood and I just want to make it clear that me & Lyrica have never even came close to messing around,” tweeted Safaree.

Apparently, seeing the songwriter speak about how the allegations affected her and her marriage sparked a little remorse in Mr. Samuels—but wait, it gets worse. The Brooklyn native also admitted that he and his friend A1 conspired to perpetuate this lie just to have a spicy storyline.

“It wasn’t supposed to go as far as it did so just wanna say sorry to you @lyricaanderson because I didn’t know it bothered you”.

Why wouldn’t he think claims that he cheated with a woman that was both married and pregnant would leave her unscathed? Considering that the world doesn’t extend grace to women who step outside of their marriages in the same way that they do men, Safaree perpetuating that lie was especially harmful.

And while Lyrica had to deal with the repercussions of the lie, Safaree apparently had a ball convincing the world to believe the tall tale.

“I’m not gonna lie tho that was the most fun I ever had filming tho. Me & A1 used to be crying [several laughing emojis] love y’all.”

Safaree might be laughing but his #LHHH castmate is NOT.

Lyrica Anderson & Her Mom Respond To Safaree’s Apology, Spring BRK Says “Everyone Was In On It”

Lyrica has since responded to Safaree’s confession via The Shade Room.

“I didn’t reply or comment on the post because what do you say other than what I have said all along. IT DID NOT HAPPEN!!! “said Anderson. “However, there is nothing more humiliating than for a woman to be accused of something she did not do and then have that lie take wings.”

She detailed how Safaree’s lying was “very hurtful to hear and live through for years.”

Now Safaree has apologized to me privately and I’m happy that he’s now done it publicly. I am in a positive place in my life and have no room for negativity. Hopefully, now we can put this situation to rest. Blessings.”

Since Safaree claims Sprng BRK was in on it too, was Lyrica really an active participant in this hoax or was she blindly sleeping with the enemy? As previously reported by BOSSIP, this past January, Lyrica filed for divorce.

Lyrica’s mom who was also profiled on Love & Hip Hop of course weighed in on Safaree’s late apology. 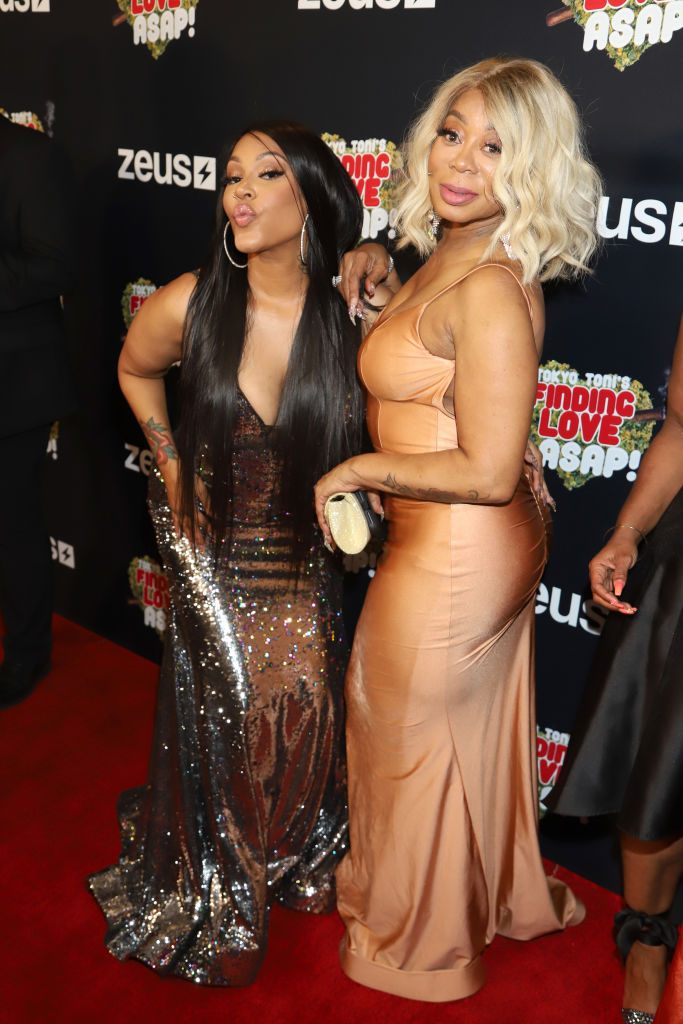 Sprng BRK has also weighed in and he’s claiming that “everyone was in on it” while hinting that he wants 50 Cent to hire him and his acting skills for his next project.

If Lyrica was truly blindsided by Spring BRK and Safaree’s plot then that’s beyond shady. To be fair, in 2018 Safaree hinted that the alleged hookup was a lie but this is the first time he’s revealed that his friend participated in the farce too.

Ruining a woman’s reputation to advance your storyline on a TV show is ridiculous and these reality stars need to remember the legendary words of Diamond from The Players Club; “Make that money, don’t let it make you.”