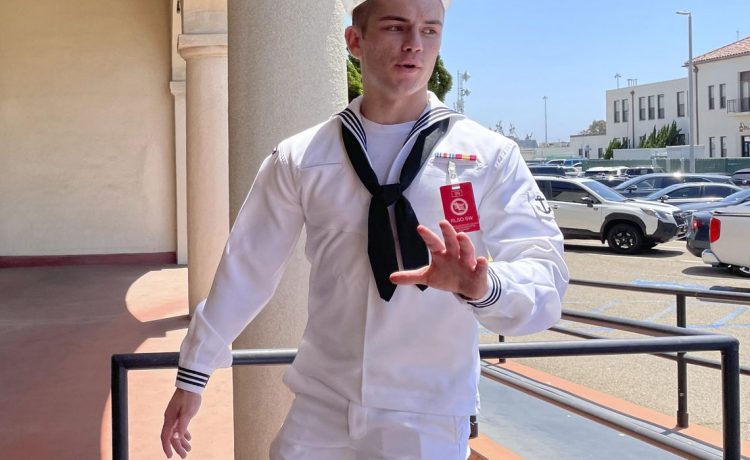 A military judge on Friday acquitted a 21-year-old sailor of charges that he started the massive fire in July 2020 that destroyed an amphibious assault ship during a maintenance overhaul in San Diego, creating a major PR headache for the Navy in the process.

Seaman Recruit Ryan Sawyer Mays was found not guilty of arson and hazarding a vessel for the devastating fire that broke out aboard the USS Bonhomme Richard. He was charged more than a year later for the blaze aboard the $1.2 billion ship.

Firefighters battled the blaze for four days before it was finally extinguished. The damage was so severe that the Navy ultimately decided to scrap the ship, and nearly two dozen officers and sailors were disciplined for how the blaze was handled.

Seaman Mays pleaded not guilty and denied any responsibility for the fire.

“Seaman Recruit Mays was found not guilty on the charges,” Commander Sean Robertson, a spokesman for the Navy’s 3rd Fleet, said in a statement. “The Navy is committed to upholding the principles of due process and a fair trial.”

A fellow sailor aboard the Bonhomme Richard told investigators he saw Seaman Mays running from the area where the fire is believed to have started. During the investigation, the Navy portrayed him as a disgruntled sailor who washed out of the Navy’s SEAL training pipeline and was unhappy with the menial duties he had been assigned aboard the ship.

Defense attorneys argued there was sufficient reasonable doubt in the case to result in a not guilty ruling. They offered other possible explanations for the fire, including mechanical problems with vehicles stored in the area where the fire started or the presence of lithium-ion batteries.

A Navy spokesman on Friday said he wasn’t aware of Seaman Mays’ current status in the service.

The Associated Press reported that Seaman Mays read a statement but declined to take questions outside the courtroom building at Naval Base San Diego after the verdict was handed down.