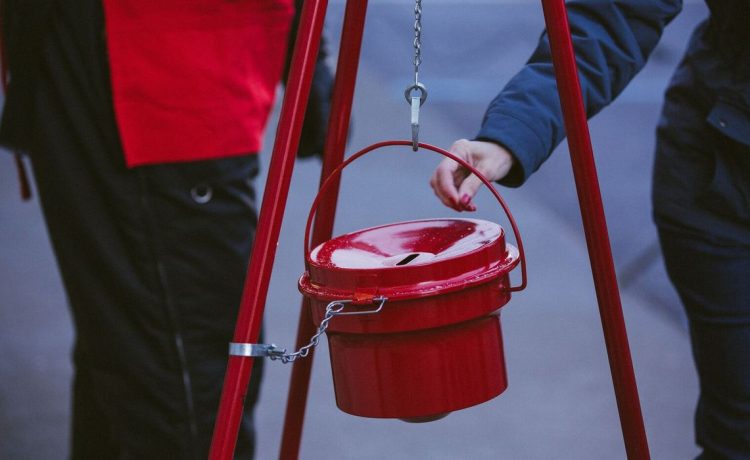 The Salvation Army said Wednesday that donations at its red kettles are down 8% this year while the organization is also facing higher operating costs and a dramatic jump in demand for its services.

The shortfall could be as high as $42 million based on the group’s reporting of $520 million in public donations between October and December of 2021.

“We believe it’s due to inflation and to a lack of volunteers,” Mr. Bannon said in a telephone interview from the organization’s Alexandria, Virginia, headquarters.

He said as Americans “head into this holiday season, most people are facing an uphill battle of some kind,” triggering greater demands on the Army’s centers. In Sacramento, California, and in the north Texas area, the group is “serving more children and families” this year than last year, he said.

In Chicago, Mr. Bannon said, “families who used to come once per month are now coming twice as often” for food assistance.

The Army, he said, “is not immune to the impact of inflation. Much like a person’s utility bill, food expenses, gasoline in the car is costing more for them, it’s also costing us more.”

A lack of volunteers to stand at collection kettles is also a problem, Mr. Bannon said. The group has 1.3 million volunteers this holiday season, a 50% drop from 2.7 million helpers before the COVID-19 pandemic.

The volunteer shortage, he said, affects the work where donated toys are sorted for children, the warehouses where food is stored and processed, as well as the number of bell-ringing volunteers outside stores and shopping malls.

What’s more, there’s less foot traffic at many shopping locations as buying habits change and COVID-19 remains active along with a new flu strain this year.

The Salvation Army official said “people are carrying less cash,” which inhibits donations. The organization now posts a QR code on its kettles which smartphone users can scan to make a donation using Venmo, Google Pay or Apple Pay.

Mr. Bannon said there’s traditionally a surge in giving as the clock winds down on kettle collections, and 2022 offers an extra opportunity to catch up.

“We have one more day than we had last year,” he said. “Last year, the 24th fell on Friday; this year, it falls on Saturday. So you’ll see local Salvation Army’s all over the country making a call for volunteers and for donations to the Red Kettle campaign so that they can meet those local needs.”

In 2020, the latest year for which an annual report is available, The Salvation Army operated 1,325 worship centers, outposts and service centers, along with 126 adult rehabilitation centers to help meet human needs.