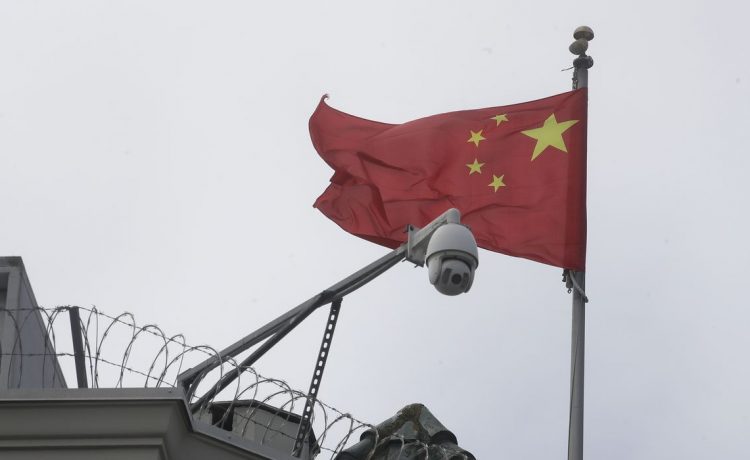 San Francisco’s government raised the Chinese flag over city hall last week to mark the founding of the People’s Republic of China 73 years ago.

The action by the liberal city’s government was carried out despite Beijing’s ongoing genocide in western China, as well as China’s propaganda support for Russia’s war against Ukraine.

The flag-raising took place during a ceremony on Friday with city and Chinese officials and local business representatives, according to Chinese state media.

Oct. 1 was the anniversary of the founding of the communist state that critics say has been responsible for the deaths of millions of Chinese since the Chinese Communist Party seized power in 1949. A spokesman for San Francisco Mayor London Breed referred questions about the flag-raising to the press office, which did not immediately respond to a request for comment.

San Francisco in the past has flown the Chinese flag on that date noting its close ties to the Beijing government.

In 2014, during the height of a major Chinese crackdown on pro-democracy protests in Hong Kong, then-San Francisco Mayor Ed Lee defended the flying of the flag.

“We’re trying to evolve that more and more. That’s not to say that we diminish the right of people to protest what they believe in. I think that’s appropriate as well. I think we in San Francisco can accommodate both.”

In recent years, San Francisco has been plagued by homelessness, open-air drug markets and feces-strewn streets.

The drug problem in the United States, including in San Francisco, has been made worse by the importation of Chinese-produced fentanyl and fentanyl precursors coming in through Mexico.

More than 100,000 people died from fentanyl-related overdoses in the past year.

Mr. Zhang said the flag-raising was a “very genuine gesture of friendship” toward China by the city.

The consul made the remarks to an audience of U.S. elected officials, community representatives and local business people.

Mr. Zhang also asked “what comes next” in the current tensions between Washington and Beijing.

The consul said China had advanced from “the able leadership of the Chinese Communist Party and government” and from international support including help from the United States.

The State Department in 2021 declared China engaged in genocide against minority Uyghurs in western China.

Beijing also has cracked down on democracy in Hong Kong by gutting the former British colony’s democratic system.

The legislation signed by the governor on Sept. 29 gives any state employee eight hours of vacation to observe the holiday.

“Recognizing this day as a state holiday acknowledges the diversity and cultural significance Asian Americans bring to California and provides an opportunity for all Californians to participate in the significance of the Lunar New Year,” Mr. Newsom said in a signing statement, noting the new holiday is among more than a dozen official state holidays.

China’s government has sought to co-opt the Asian holiday by labeling it “Chinese” in a bid to further expand Beijing’s influence.

California, by contrast, does not recognize Columbus Day as a holiday.

In 2021, Mr. Newsom proclaimed the second Monday in October, the date marked nationwide as Columbus Day, as Indigenous People’s Day.

American leftists have pushed to cancel Christopher Columbus, the Italian discoverer of North America, as a colonialist who massacred American Indians.