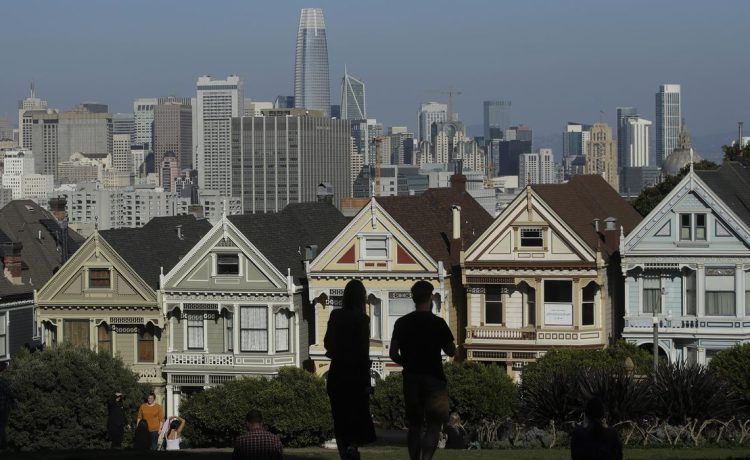 If you’re Black and you have an ancestor who was enslaved before 1865, this might be a good time to head to San Francisco.

The city’s reparations committee has recommended giving each Black person who meets the criteria a lump-sum payment of $5 million, along with a bonanza of financial benefits that includes a guaranteed income of $97,000 for at least 250 years and paying off all educational and personal debts.

“Through a tailored plan, San Francisco can redress the public policies explicitly created to subjugate Black people in San Francisco by upholding and expanding the intent and legacy of chattel slavery, whose vestiges continue to have impacts today,” said the San Francisco African American Reparations Advisory Committee in a December 2022 report that hit Bay Area news outlets over the weekend.

The recommendations, which were submitted to the San Francisco Board of Supervisors, come with a state task force also weighing reparations proposals for Black people, particularly descendants of those enslaved in the United States prior to the 1863 Emancipation Proclamation.

The San Francisco panel acknowledged that neither the city nor the state “formally adopted the institution of chattel slavery,” which was confined mainly to the Southern states, but argued that Black people suffered discrimination in areas including housing, education and employment.

“A lump sum payment would compensate the affected population for the decades of harms that they have experienced, and will redress the economic and opportunity losses that Black San Franciscans have endured, collectively, as the result of both intentional decisions and unintended harms perpetuated by City policy,” said the report.

Standing in the way is Proposition 209, the 1996 ballot measure that prohibits state governmental discrimination based on race.
The report advised challenging the state law “with the same precision as the discriminatory actions that were taken against this racial group.”

Another challenge lies in determining which Californians are eligible. Under the San Francisco committee’s recommendations, an individual would have to be 18 and have checked “Black/African American” on public documents for at least 10 years.

After that, a person would have to meet at least two criteria from a list of eight, six of which require a San Francisco connection.

In other words, an Atlanta resident who was once busted for drugs and whose lineage includes an enslaved ancestor would apparently be eligible for the $5 million.

There has been some emigration from Africa and the Caribbean in recent decades, but almost all Black Americans are descended from African slaves taken to the United States or the antecedent British colonies from 1619 to 1808 when Congress outlawed the foreign slave trade.

Those in support of the plan include Board of Supervisors President Aaron Peskin, who said he hopes the plan is approved.

“There are so many efforts that result in incredible reports that just end up gathering dust on a shelf,” Mr. Peskin told the San Francisco Chronicle. “We cannot let this be one of them.”