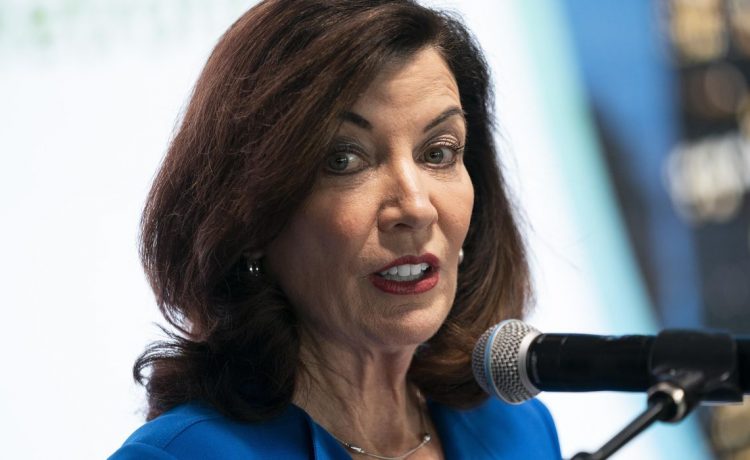 Gun-rights groups filed a preliminary injunction Wednesday to stop New York City from enforcing its century-old requirement that residents show “proper cause” to carry a firearm, in the wake of last week’s Supreme Court ruling that struck down the state’s gun law.

The Second Amendment Foundation, along with the Firearms Policy Coalition Inc. and five private citizens, filed the motion in the U.S. District Court for the Southern District of New York.

“In light of the Supreme Court’s ruling that New York State’s ‘good cause’ mandate is unconstitutional, we felt compelled to file this action because the city’s ‘proper cause’ requirement is just as bad if not worse,” SAF founder and Executive Vice President Alan M. Gottlieb said in a statement. “Two of our plaintiffs previously held carry licenses in New York City for decades, but in 2020, both were denied renewal on the grounds they lacked ‘proper cause’.”

Mr. Gottlieb said the continuation of the city’s requirement, following the Supreme Court’s ruling in New York State Rifle & Pistol Association v. Bruen, is unconstitutional and an insult to the high court.

“The city adopted this restrictive and completely arbitrary regulation more than a hundred years ago,” Mr. Gottlieb said. “We should not have to drag the city kicking and screaming into the 21st Century, and into compliance with the Second Amendment and the recent Supreme Court ruling.”

He said that “within 24 hours of the high court ruling, both New Jersey and California, which have similar requirements to the New York ‘good cause’ restriction, issued directives to law enforcement to stop enforcing those provisions.”

If states can immediately comply with the Supreme Court, New York City has absolutely no excuse for ignoring the ruling, he said.

Mr. Gottlieb says his organization and others “promise to take action” if they find that local governments are not complying with the high court’s decision.

Named as a defendant in the legal action, in addition to the city, is New York Police Commissioner Dermot Shea.

The law required concealed carry permit holder applicants to prove to authorities that they had a “good cause” to carry their concealed firearm outside their residence.

Albany lawmakers and Ms. Hochul reached a broad agreement Wednesday on a package of measures intended to address the ruling, Spectrum News reported.

They expect to vote on a package of measures on Thursday that limits where people can legally carry guns, including places where children gather, polling places, schools and public transit.

These measures include licensing requirements for concealed carry permits to be extended to live-fire training at gun ranges, background checks for ammunition, and requiring safe storage of firearms in cars.

Additionally, private businesses, including bars, must affirmatively state with a sign that permitted individuals can carry guns.