Second ‘We Build The Wall’ fraud trial ends in conviction 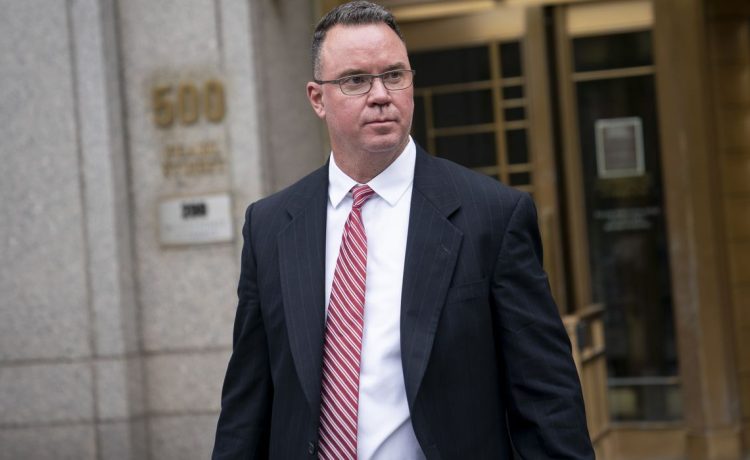 NEW YORK — A Colorado businessman was convicted Friday of charges that he and others siphoned hundreds of thousands of dollars from an online fundraiser to build a wall along the U.S. southern border despite a promise to donors that every cent would go toward building the wall.

Timothy Shea stared straight ahead without reaction as he was convicted in Manhattan federal court of two conspiracy counts and an obstruction of justice charge by a jury that deliberated about six hours after a one-week retrial. He said nothing when he was asked to comment as he left the building. Sentencing was set for Jan. 31.

Another jury deadlocked on charges in the spring after 11 jurors wrote a note to the judge to say one juror had accused the others of being politically biased and suggesting the trial should be held in the South.

Shea, of Castle Rock, Colorado, was charged two years ago along with three others, including Steve Bannon, the former top adviser to then-President Donald Trump. Bannon, who is now being prosecuted in state court, was pardoned by Trump just before he left office last year. Two others have pleaded guilty.

With its verdict, the jury rejected arguments by Shea’s lawyer, John Meringolo, that prosecutors had failed to prove there was fraud in the promotion of the “We Build The Wall” fundraiser that attracted $25 million in donations from hundreds of thousands of people across the country.

Meringolo also encouraged jurors during closing arguments Thursday to conclude that New York was an improper venue for the trial.

He also tried to convince them that his client had a right to accept reimbursement of extensive expenses related to the wall because he had done substantial work negotiating with homeowners on whose property the wall would be built and providing security for the construction. Only a few miles of wall were built.

Shea owns an energy drink company, Winning Energy, whose cans have featured a cartoon superhero image of Trump and claim to contain “12 oz. of liberal tears.”

Bannon, 68, last month pleaded not guilty to New York state charges alleging that he cheated investors to the “We Build The Wall” campaign. Presidential pardons apply only to federal crimes.