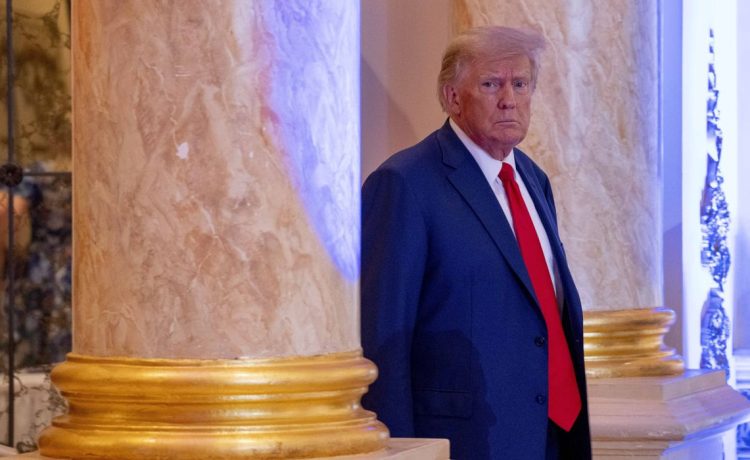 Former President Donald Trump launched a diatribe Thursday at Florida Gov. Ron DeSantis, a potential rival for the 2024 Republican presidential nomination, calling him an “average” governor whose career was dead until Mr. Trump endorsed him.

In a lengthy attack following Mr. DeSantis’ landslide victory for a second term this week, a clearly annoyed Mr. Trump said the governor is “playing games” with the media and being credited unfairly for leading Florida through the COVID pandemic with few restrictions.

The former president is facing increasing criticism by many inside the GOP for endorsing prominent losing candidates in this week’s midterms, causing Republicans to have a disappointing result. Meanwhile, Mr. DeSantis’ star is on the rise after defeating his Democratic opponent, former Gov. Charlie Crist, by double digits.

In his statement, Mr. Trump said media outlets including the Wall Street Journal and the New York Post are “all in for Governor Ron DeSanctimonious, an average Republican Governor with great Public Relations.”

He claimed that Mr. DeSantis “didn’t have to close up his state, but did” during the pandemic. Mr. DeSantis initially did close public schools in March 2020 until summer of that year, but is generally credited with resisting the lengthy lockdowns that occurred in many other states.

“Ron came to me in desperate shape in 2017 — he was politically dead, losing in a landslide to a very good Agriculture Commissioner, Adam Putnam, who was loaded up with cash and great poll numbers,” Mr. Trump said. “Ron had low approval, bad polls, and no money, but he said that if I would Endorse him, he could win. When I Endorsed him, it was as though, to use a bad term, a nuclear weapon went off.”

Mr. DeSantis won the election, the former president said, because Mr. Trump held rallies for him and “fixed his campaign.” The former president further claimed that he “sent in the FBI” and U.S. Attorneys on Election Day in 2017 and “stopped his election from being stolen.”

“And now, Ron DeSanctimonious is playing games!” Mr. Trump said. “The Fake News asks him if he’s going to run if President Trump runs, and he says, ‘I’m only focused on the Governor’s race, I’m not looking into the future.’ Well, in terms of loyalty and class, that’s really not the right answer.”

“We’re in exactly the same position now. They will keep coming after us, MAGA, but ultimately, we will win,” Mr. Trump said.

Mr. Trump has teased an announcement Nov. 15 on a widely expected 2024 presidential run, but he now faces party pressure to hold off on the vote until after a run-off election in Georgia next month that could determine control of the Senate.

Mr. DeSantis, 44, has refrained so far from firing back at the former president, but pointedly did not promise to serve out his full four-year term as governor during a campaign debate with Mr. Crist. At his victory party Tuesday night, supporters could be heard cheering, “Two more years!” in apparent reference to a possible 2024 White House run.