The Great Days > News > Sen. Barrasso says presidents can’t declassify documents ‘by saying so’ or ‘by thinking about it’
News 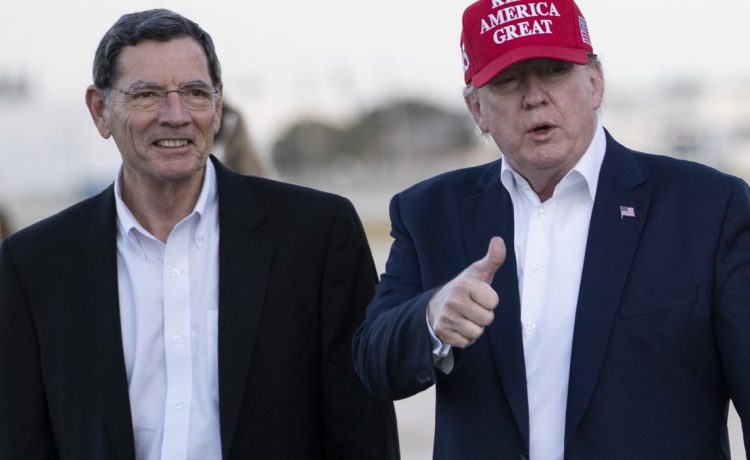 Sen. John Barrasso of Wyoming, the No. 3 Republican in the Senate, said Sunday that presidents cannot declassify documents “by saying so” or “by thinking about it,” undercutting a central argument by Donald Trump amid the former president’s legal battle with the Department of Justice.

Mr. Trump claimed last week in an interview with Fox News’ Sean Hannity that he could declassify sensitive documents “even by thinking about it,” an assertion that Mr. Barrasso and other members of the Senate Foreign Relations Committee dispute.

“I don’t think a president can declassify documents by saying so, by thinking about it,” Mr. Barrasso said on ABC’s “This Week.”

Close GOP allies to Mr. Trump who double as national security hawks, such as Rep. Jim Jordan of Ohio and Sen. Josh Hawley of Missouri, were unfazed last week by the former president’s declassification claim.

Mr. Trump’s lawyers so far have refused to provide the DOJ with evidence to back Mr. Trump’s claims that he had declassified secret documents seized by the FBI from his South Florida Mar-a-Lago estate.

When it comes to handling national security documents, Mr. Barrasso urged for “extreme caution” and reiterated the desire for certain lawmakers on Capitol Hill to receive a briefing from the DOJ about their investigation into Mr. Trump’s potential mishandling of classified information after he left the White House.

“What I’d like to see from a Senate standpoint is … the Department of Justice come to us and show us, in a classified setting, what the information is, what they’ve done,” he said.