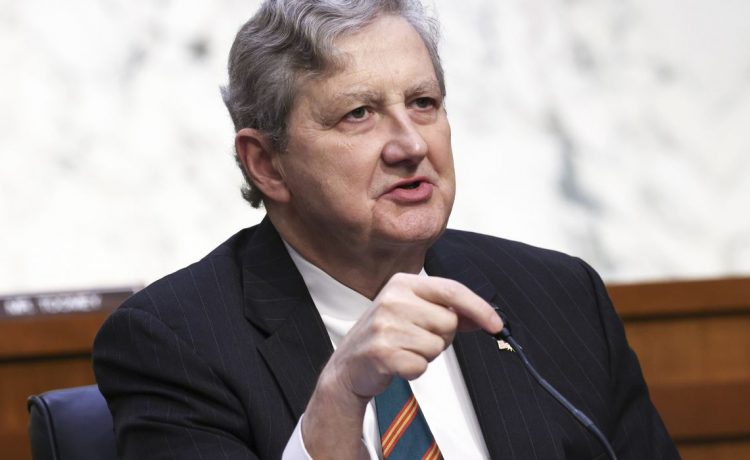 “Look, if you hate cops just because they’re cops, the next time you get in trouble, call a crackhead,” the Louisiana Republican concludes in the ad released Friday.

Mr. Kennedy, a former Democrat who switched to the Republican Party in 2007, opens the ad by discussing the surge in violent crime in Louisiana and criticizing the “woke leaders” who “blame the police.”

I know the difference between criminals and their innocent victims. pic.twitter.com/RKhHJEefpv


The 30-second spot features surveillance footage of hooded suspects who appear to be breaking into a residence and of people brandishing guns at a gas station.

It also flashes headlines from local media outlets about instances of crime as Mr. Kennedy, 70, shares his opposition to legislation that permits the early release of violent criminals.

His staff told NOLA.com that was in reference to his vote against the bipartisan First Step Act passed during former President Donald Trump’s administration in 2018, which aimed to cut unnecessarily long federal sentences.

Gary Chambers, a Democratic challenger to Mr. Kennedy, called the ad “racist as hell” for not mentioning opioid or meth addicts “because he was trying to talk about a specific subset of people that he doesn’t give a damn about serving in Louisiana since he’s been elected.”

Louisiana will hold a nonpartisan primary election on Nov. 8, followed by a general election on Dec. 10 to determine who will serve a six-year term as the state’s U.S. senator.

New Orleans currently has the highest murder rate in the nation — 52 homicides per 100,000 people, according to WVUE-DT.