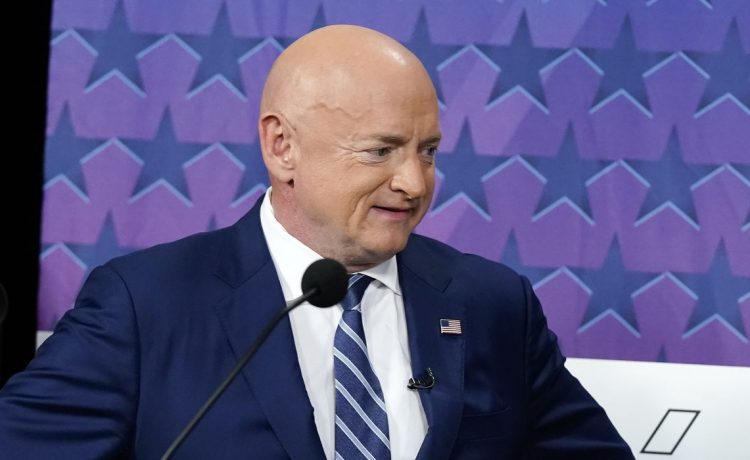 Democratic incumbent Sen. Mark Kelly walked into a sharp rebuke from Republican challenger Blake Masters for boasting during a debate that he’s tough on illegal immigration despite the border crisis under President Biden.

The Arizona senator attempted to distance himself from the chaos at the southern border by saying he “stood up to Democrats” and blamed his party for creating the crisis.

Mr. Masters didn’t let him off the hook.

“We have a wide-open southern border, so if that’s the best you can do, I respectfully request you resign,” quipped Mr. Masters.

Polls have consistently shown that voters disapprove of Mr. Biden’s handling of the border. An NBC News poll last month showed that voters overwhelmingly favor Republicans over Democrats 46% to 29% on immigration policy.

The issue ranks among Arizona voters’ top three most pressing problems, according to a CNN poll released on Thursday.

Mr. Kelly opposed Mr. Biden’s decision to end Title 42, a policy that began during the coronavirus pandemic under President Trump that allowed border officials to turn away migrants, including asylum seekers, at the border due to public health concerns.

“I’ve spent a lot of time on our southern border, and let me just say it’s a mess. It’s chaos. It’s crisis after crisis,” said Mr. Kelly. “I’ve been strong on border security. And I’ve stood up to Democrats when they’re wrong on this issue — including the president,” he added. “When the president decided he was going to do something dumb on this and change the rules that would create a bigger crisis, I told him he was wrong. So I pushed back on this administration multiple times.”

“Mark Kelly tells Arizonans one thing but does the opposite in D.C. Kelly votes nearly 100% of the time with Biden and his allegiance to Biden’s reckless agenda has left Arizonans far worse off than they were 2 years ago,” he said in a statement.

Mr. Kelly currently leads by 4 percentage points according to an average of recent polls tracked by Real Clear Politics. Republicans, however, remain confident that Mr. Masters can prevail.

“After tonight’s debate, the contrast between Blake Masters and D.C. Darling Mark Kelly could not be clearer,” Mr. Scott said. “ In the Senate, Blake will champion border security and fight back against Democrats’ reckless spending that’s causing prices to soar.”