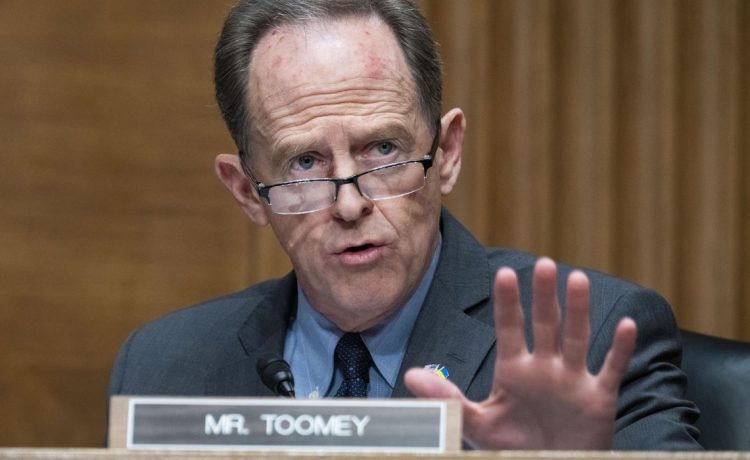 Retiring Sen. Patrick Toomey said Sunday that Donald Trump’s 2024 presidential campaign has undergone an “unbelievably terrible rollout” amid fallout from a dinner with antisemitic guests and a poor midterm performance by candidates endorsed by the ex-commander in chief.

The Pennsylvania Republican, a frequent Trump critic who is retiring at the end of his term in January, suggested the former president’s hold over the GOP is slipping while other Republicans, like Florida Gov. Ron DeSantis, grow in popularity.

“I think his influence was waning, not as quickly as I had hoped it would, but I think it was waning. But the election outcome from last month I think dramatically accelerates the waning. And, frankly, his unbelievably terrible rollout of his reelection — well, his election campaign is also not helping him,” Mr. Toomey said on CNN’s “State of the Union.”

Mr. Trump has been criticized by many in the party for recently dining with rapper Kanye West and Nick Fuentes, both of whom espouse antisemitic views.

Mr. Toomey and others lay blame, in part, on Mr. Trump for Mehmet Oz losing his GOP bid to replace the outgoing senator against Democrat John Fetterman.

“In my travel since the election around Pennsylvania, I’ve heard from many, many formerly very pro-Trump voters that they think it’s time for our party to move on,” Mr. Toomey said. “I think that process is underway. It’s not a flip of a switch. It doesn’t happen overnight. He still has a significant following, that’s for sure. But I do think his influence is waning.”