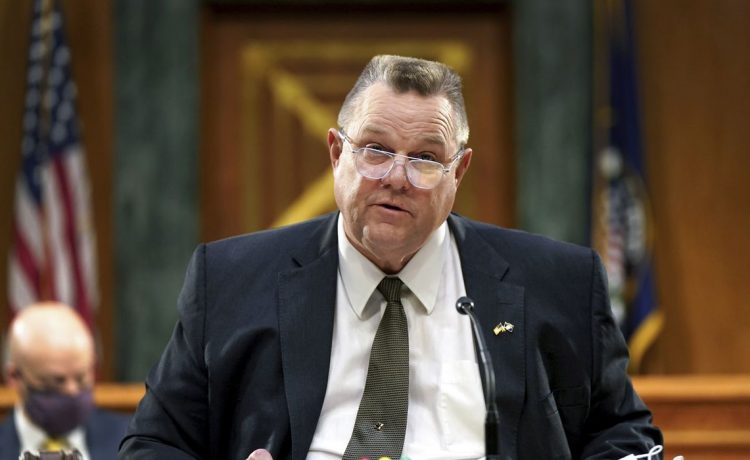 Katie Schoettler, spokesperson for Sen. Steve Daines, Montana Republican, argued that the Democrat Tester, of Montana, blew a golden opportunity to leverage his vote for the $433 billion tax-and-spending package in exchange for the go-ahead on the Keystone XL pipeline, which Mr. Biden killed on his first day in office.

“It seems Manchin went back on his word to move forward with the ‘Build Back Broke’ plan because he got a pledge to finish a pipeline in his state,” she said in a Tuesday email blast. “Putting your feelings about quid pro quo aside, you gotta ask yourself why Montana’s senior senator didn’t try and make a similar deal with the Keystone XL pipeline.”

Mr. Manchin secured a host of energy-related concessions in exchange for his support for the tax-and-spend measure, including moving ahead with the stalled $6.6 billion Mountain Valley Pipeline, a natural gas project located in his state.

Ms. Schoettler concluded: “Instead, Montana will get nothing but tax increases and more inflation for his support.”

Mr. Tester expressed his disappointment when TC Energy canceled the Keystone XL project in June 2021. His office said at the time that he “fought tirelessly” for the pipeline and “urged the Biden administration to reverse its decision,” apparently to no avail.

Roy Loewenstein, Tester deputy communications director, responded to the dig from Mr. Daines’ office by reiterating the Democrat’s support for the project, which would have run oil from Alberta through Montana to link with refineries on the Gulf Coast.

“Senator Tester has been Montana’s leading champion for the Keystone Pipeline for more than a decade, and he was bitterly disappointed when the permit was cancelled and TC Energy stopped pursuing the project,” said Mr. Loewenstein in a Tuesday email. “Senator Tester will continue to work aggressively to support responsible natural resource development that will create good-paying Montana jobs, secure our energy independence, and defend our national security.”

Mr. Manchin, who wields enormous clout as a swing vote in the 50-50 Senate, effectively killed the Biden administration’s $2 trillion Build Back Better Act in December over concerns about exorbitant federal spending.