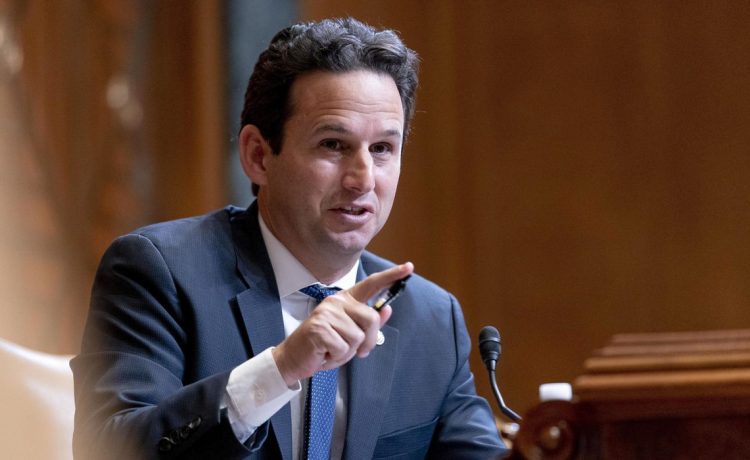 Senate Democrats want to take on Big Tech in the next Congress, but that doesn’t include tackling the censorship of conservative voices on social media.

The Democrats, who will still control the chamber in the next Congress, said there were bigger fish to fry when it comes to Big Tech or suggested Elon Musk selectively edited his “Twitter Files” that exposed the company’s orchestrated effort to silence the political right.

Sen. Brian Schatz, Hawaii Democrat, just laughed at the idea of tackling the censorship and suppression of his political rivals’ speech.

“It’s a private company,” he said with a chuckle to The Washington Times.

The trove of documents that Mr. Musk revealed in the Twitter Files detailed the company’s efforts to censor accounts primarily held by conservatives, confirming long-held suspicions that political debate and the circulation of news reports were being manipulated with an anti-Republican bias.

“I think that there are more constructive ways for us to dip our toes — initially — in the water when it comes to tech regulation,” said Sen. Chris Murphy, Connecticut Democrat. “We can do something on content moderation, but it’s probably the hardest of all things to regulate.”

Senate Commerce Committee Chairwoman Maria Cantwell, a Washington Democrat whose panel has jurisdiction over Big Tech, said the topic is “something we’ll be looking at in the new year.” She declined to specify.

The committee’s top Republican, Sen. Roger Wicker of Mississippi, has pressed Ms. Cantwell to immediately address the Twitter Files head on. But there’s no indication that the panel intends to do so.

“It is no secret that some members of the committee are unwilling to take any action to combat censorship online, but I urge you to consider whether it is truly in the national interest for tech giants to skirt public accountability for the impacts their own decisions have had on our political process,” Mr. Wicker said in a letter to Ms. Cantwell.

The Twitter Files revealed the interaction of President Biden’s campaign with company executives to block the New York Post’s report about Hunter Biden’s abandoned laptop computer in the run-up to the 2020 election.

It also showed that prominent conservative figures, such as Charlie Kirk of Turning Point USA and talk show host Dan Bongino, were “shadow banned” to reduce the exposure of their posts, despite previous claims Twitter executives made to Congress that the company did not use secret shadow bans.

Mr. Murphy said Mr. Musk might be “selectively releasing information” to stir up outcry from conservatives.

“I’m sure there were lots of arbitrary decisions made on content moderation on Twitter, as there are on other media platforms,” he said.

Other Senate Democrats said their concerns about Twitter and Big Tech are centered on different issues, such as the way Twitter employees have been treated since Mr. Musk’s takeover with mass layoffs and reports of employees sleeping at their desks to handle the new owner’s demands.

“I was struck by how his treatment of ex-employees has clearly struck a big nerve. He was booed strongly,” said Sen. Ron Wyden, Oregon Democrat, referring to Mr. Musk’s recent appearance on stage with comedian Dave Chapelle in which he was booed.

Mr. Musk has also accused Twitter’s former leadership of failing to properly combat child exploitation on the platform. Former executives, including ex-CEO Jack Dorsey, said that claim is false, and critics argue Mr. Musk’s thousands of layoffs will only make it harder to address the issue.

“It is imperative Congress move forward with this kind of legislation,” he said.