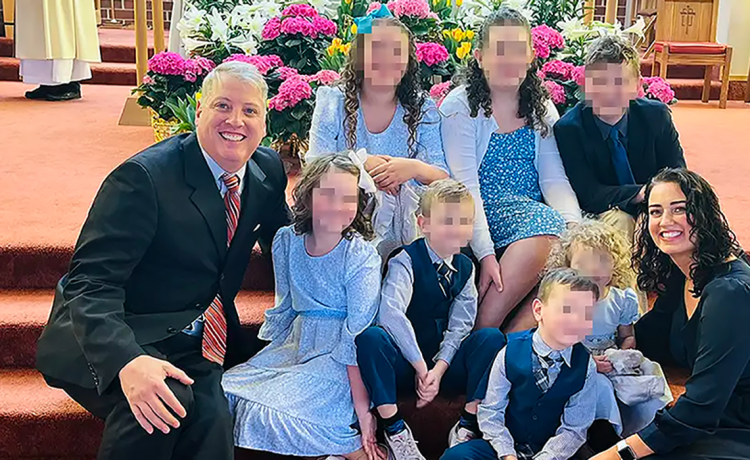 Senate Republicans demanded answers from the Department of Justice on the arrest of pro-life activist Mark Houck, including whether “political considerations” contributed to the decision for armed agents to arrest him at his home with his seven children present.

The Wednesday letter to Attorney General Merrick Garland and FBI Director Christopher Wray said the FBI “must explain their justification for their actions on September 23, 2022.”

“This extraordinary fact pattern requires additional information from the Justice Department and the FBI relating to why Mr. Houck was not allowed to self-report for his arrest and arraignment and whether political considerations were made to approve and execute the search warrant,” the Senate Republicans said.

The letter was signed by all 11 GOP members of the Senate Judiciary Committee and Sen. Pat Toomey, Pennsylvania Republican.

Mr. Houck, president of the Catholic group The King’s Men, pleaded not guilty Tuesday to violating the Freedom of Access to Clinic Entrances (FACE) Act by allegedly pushing a volunteer escort last year in an altercation outside a Planned Parenthood in Philadelphia.

Attorney Matt Heffron, a former federal prosecutor, told the committee that he left three separate messages in May and June with the U.S. attorney’s office saying that his client would appear voluntarily if indicted, according to the letter.

In addition, Assistant U.S. Attorney Anita Eve recommended a “Return on own Recognizance” bond, meaning he was free to leave without posting bail.

“This indicates that the government did not view Mr. Houck as a threat to the community, which calls into question why heavily armed FBI agents were needed to arrest him in the first place,” the Senate Republicans said. “Based on reports and allegations, the actions taken by the FBI reasonably call into question whether they complied with DOJ’s use of force policy.”

In May, Mr. Garland issued a memo requiring officers to receive training on de-escalation tactics to be used whenever feasible “to gain voluntary compliance from a subject before using force.”

The FBI Philadelphia said Tuesday that reports about the number of vehicles and personnel used in the arrest were “an overstatement,” and that the agency’s tactics were “professional, in line with standard practices, and intended to ensure the safety of everyone present in and outside the residence.”

“There are inaccurate claims being made regarding the arrest of Mark Houck,” said the FBI statement. “No SWAT Team or SWAT operators were involved. FBI agents knocked on Mr. Houck’s front door, identified themselves as FBI agents, and asked him to exit the residence. He did so and was taken into custody without incident pursuant to an indictment.”

The senators also asked why prosecutors waited nearly a year after the October 2021 incident to arrest Mr. Houck, adding that local authorities declined to prosecute and a judge dropped a criminal complaint filed by a clinic worker after the person failed at least twice to show up for trial.

“This was not a federal crime. They have taken an innocent man and made an example of him to make an example to pro-life people and people of faith across this country.” pic.twitter.com/WlJOAEvTfE

Peter Breen, vice president of the Thomas More Society, which represents Mr. Houck, said “that is where this matter should have ended.”

“This was not a federal crime. We have controlling case law on that, strong defenses,” Mr. Breen said Wednesday on Fox’s “Tucker Carlson Tonight.” “But instead they’ve taken an innocent man and made an example out of him, presumably to send a message to pro-life people and people of faith across this country.”

A spokesperson for the Houck family said Mr. Houck pushed the volunteer because he was yelling at his 12-year-old son and refused to back off after being asked. A GiveSendGo fund for the Houcks has raised more than $330,000.