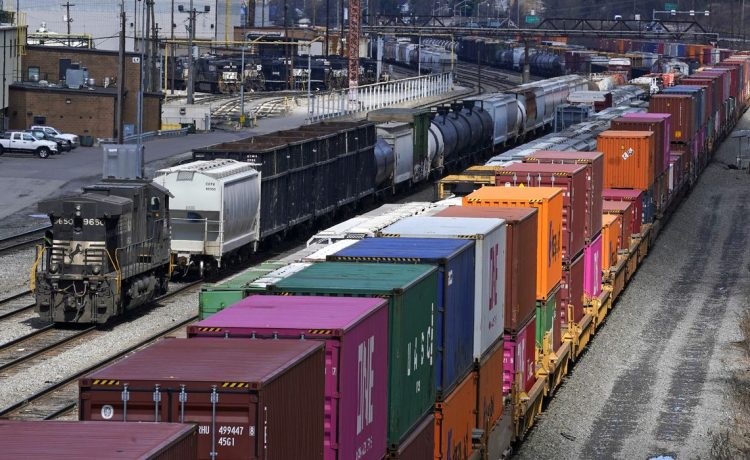 The Senate has reached an agreement to swiftly approve the House-passed legislation to block an impending strike by railroad workers and head off a crippling economic shutdown.

The bill would force unions and rail companies to abide by a labor deal brokered by the Biden administration, but that fell apart in recent weeks because it only included one day of paid sick leave.

Senate Majority Leader Charles E. Schumer announced the deal on Thursday between the chambers’ Democrats and Republicans, smoothing over objections from a small faction of senators in both parties.

The Senate will vote on two amendments to the legislation. The first would provide a 60-day cooling-off period for railroad companies and unions to continue negotiations. The second would provide seven paid sick leave days instead of one.

The two amendments and final passage will require 60 votes to pass.

The extra paid sick leave is not expected to survive.

President Biden said he wouldn’t stop working to improve the sick leave for rail workers, but he said averting a strike had to come first.

“I think we are going to get it done, but not within this agreement,” Mr. Biden said at a joint press conference with French President Emmanuel Macron. “We are going to avoid the rail strike, keep the rails running, keep things moving and we are going to back and get paid leave not just for rail workers, but all workers.”

The legislation is expected to pass with bipartisan support and then go to Mr. Biden for his signature.

The five-year deal brokered by the Biden administration includes a 24% pay raise and $5,000 in bonuses. The pay raises would be retroactive to July 2020, meaning the average rail worker would receive back pay of about $11,000.

It would be the biggest raise that railroad workers have received in more than four decades. The railroad industry has said that average rail worker salaries would reach $110,000 a year by the end of the five-year deal in 2025.

However, the lack of sick leave for railroad workers remained a major sticking point and fueled the strike threat. The original Biden-backed deal gave railroad workers one paid sick day and allowed them to take unpaid days off for doctor appointments without penalty under railroad attendance rules.

House Democrats attempted to up the number of paid sick days to five.

•Jeff Mordock contributed to this report.