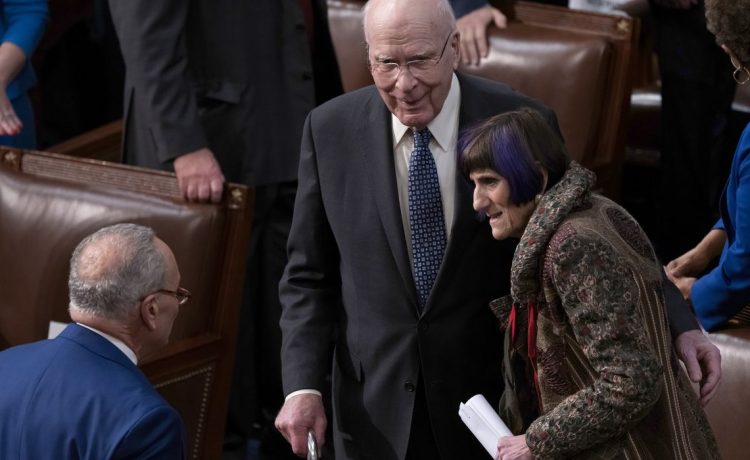 The Senate overcame a logjam Thursday to fast-track a bipartisan $1.7 trillion government funding package to avoid a midnight Friday shutdown.

The two sides agreed to vote on up to 17 changes to the legislation, which would fund the government through next September in exchange for not having to run out the procedural clock. None of the amendments are likely to pass.

The spending measure is expected to be approved Thursday afternoon by the Senate before heading to the House for final approval.

“It’s taken a while, but it is worth it, and I appreciate the cooperation of everyone here,” said Senate Majority Leader Charles E. Schumer.

Mr. Lee wanted his amendment to pass by simple majority, rather than 60 votes. It would slash Department of Homeland Security funding unless the Biden administration reinstates the Trump-era rule that has let millions of asylum seekers be turned away at the border amid the pandemic.

Senate Democrats were initially unwilling to make the accommodation for fear it may succeed in a 50-50 split chamber, which would likely tank the bill in the Democrat-led House.

“I requested that we, at a minimum, have … a simple up or down vote on preserving Title 42 authority because Title 42 authority is the only thing standing between us and absolute pandemonium on the border. We already have pandemonium,” Mr. Lee said. “[Democrats] know it might pass. That scares them to death because they’ve gone out of their way in this bill to not include anything for border security.”

Title 42 is expiring, prompting concerns from Republicans — and even some Democrats — the immigration crisis along the southern border will be exacerbated. The Supreme Court temporarily paused its lifting this week.

Democrats cited the Title 42 amendment demand as “not a good faith effort” that would “permit a bunch of partisans to deliberately take down the bill.”

Mr. Lee ultimately prevailed, with the two sides finally reaching a deal to allow votes on a series of changes in exchange for quickly passing the final bill.

While Mr. Lee’s amendment will require a simple majority, it is not expected to pass because the chamber will also vote on a similar Title 42 amendment from Sens. Jon Tester, Montana Democrat, and Kyrsten Sinema, Arizona independent. Their amendment will require 60 votes and is also unlikely to pass, but it lets some Democrats vote for keeping Title 42 while not altering the final legislation.

Without such a timing arrangement, the earliest the spending bill could pass the Senate is Friday before it heads over to the House, risking a brief shutdown at midnight. Lawmakers were also jockeying to leave town as early as possible ahead of winter storms that could upend their holiday travel plans.