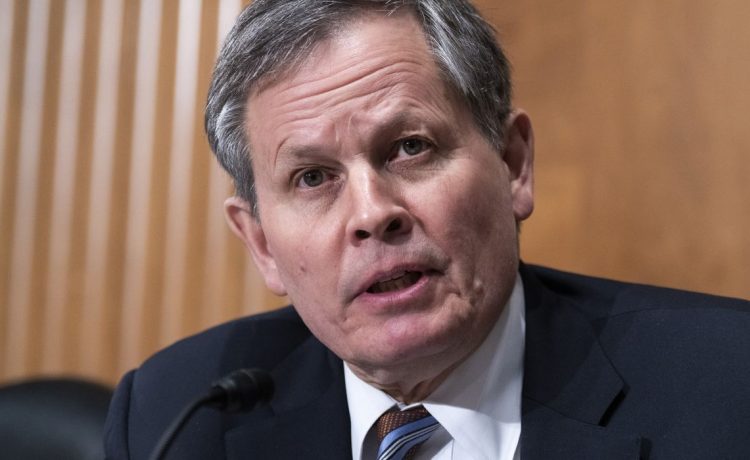 The bill led by Sen. Steve Daines, Montana Republican, would prohibit the Fish and Wildlife Service, Forest Service and Bureau of Land Management from banning the use of lead ammunition or fishing tackle on public lands “unless such action is supported by the best available science and state wildlife and fish agencies.”

“Sportsmen are the original conservationists and play an important role in wildlife management — the last thing we should do is limit their access by implementing a blanket-ban on traditional ammo and tackle,” said Mr. Daines, whose bill has 22 Republican co-sponsors.

Outdoors groups accused the Fish and Wildlife Service of a bait-and-switch after the agency published a rule last week expanding access to hunting and fishing opportunities at 18 national wildlife refuges while noting that most of them plan to eliminate lead ammunition and tackle starting in 2026.

“Decisions about the tackle anglers are allowed to use must be based on science, not emotion,” said Glenn Hughes, American Sportfishing Association president. “This bill will uphold state fish and wildlife agencies as the proper authorities to make science-based determinations around lead fishing tackle.”

Outdoor enthusiasts argue that such bans will make hunting and fishing less accessible by driving up prices. For hunters, the alternative to lead is copper or copper-alloy bullets, which cost an estimated 30% more than lead ammunition. The national ammunition shortage has also increased costs.

In addition, demand for copper has surged as the Biden administration promotes electric vehicles, solar and wind power, all of which use batteries that rely on copper.

“Not only would this affect our state agencies’ revenue but it’s also unfair to sportsmen who can’t access or afford lead alternatives and depend on hunting and fishing,” Mr. Daines said. “Outdoor recreation is part of our Montana way of life — I’ll keep fighting to protect our hunting and fishing legacy and ensuring these decisions are guided by science, not politics.”

The Fish and Wildlife Service entered into settlement negotiations earlier this year with the Center for Biological Diversity and other wildlife groups seeking to eliminate the use of lead ammunition and fishing tackle in wildlife refuges over concerns about lead poisoning.

“Switching to lead substitutes can stop the often slow, painful poisoning deaths of wildlife on refuges that are specifically established to protect them,” said Jonathan Evans, the center’s environmental health legal director, in a June statement.

California prohibited lead ammunition for hunting in 2019, while New Hampshire imposed a ban on lead tackle in 2000, according to the Congressional Sportsmen’s Foundation.

The service expanded the number of wildlife refuges that permit hunting to 436 and the number allowing fishing to 376 with its Sept. 15 rule, touting the administration’s “efforts to increase recreational access on public lands.”

At the same time, the agency said the expansion “does not include any opportunities that would increase the use of lead on refuge lands and waters beyond fall 2026.”

The Fish and Wildlife Services “remains concerned that lead ammunition and fishing tackle have negative impacts on both human health and wildlife and will continue to evaluate their future use on Service lands and waters through a transparent public process,” said the agency.

Hunting and fishing advocates warned that the broad-brush approach could actually jeopardize wildlife by reducing revenue under the current excise tax on firearms and ammunition products, which is used to fund state conservation efforts.