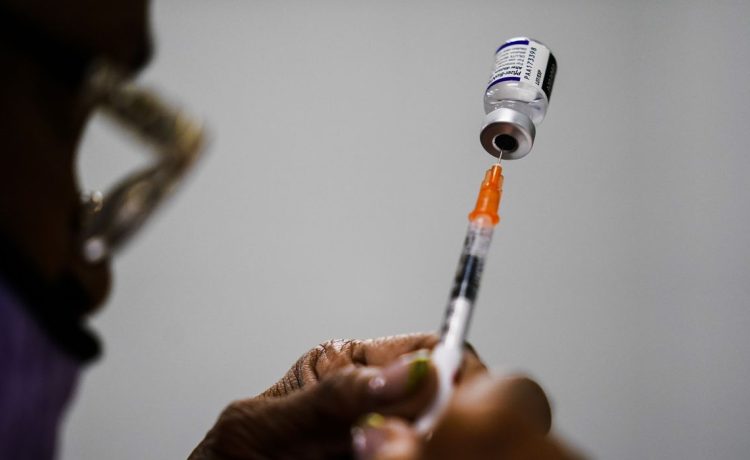 More than a dozen Senate Republicans on Wednesday said they would oppose a procedural vote to advance the $847 billion National Defense Authorization Act unless the chamber votes on a measure to dismantle the mandate and reinstate those who have been separated from the military for refusing the jab.

“The Department of Defense COVID-19 vaccine mandate has ruined the livelihoods of men and women who have honorably served our country,” the lawmakers said in a letter to Senate Republican leaders. “The effects of this mandate are antithetical to readiness of our force, and the policy must be revoked.”

By Wednesday afternoon, the list of signatures had grown to 20, nearly half of the 41 needed to block the bill in the evenly-divided Senate.
The lawmakers’ letter follows calls by 21 Republican governors for Congress to “take immediate action to remove and prohibit” the vaccine mandate through the NDAA or a separate measure.

“The Biden vaccine mandate on our military creates a national security risk that severely impacts our defense capabilities abroad and our state readiness here at home,” the governors, led by Tennessee Gov. Bill Lee, wrote in a letter to the leaders of both parties in both the House and the Senate.

“As Congressional leaders, it is your duty to provide for the national defense, and therefore, we call upon you to protect the men and women in uniform—who protect us—from an unnecessary vaccine mandate,” said the governors.

White House press secretary Karine Jean-Pierre declined to comment when asked about the lawmakers’ push at a White House press briefing.
The Pentagon did not immediately respond to a request for comment.
The push to overturn the mandate complicates matters as lawmakers come down to the wire to shuttle the behemoth policy bill through Congress with just weeks left in the legislative session. The bill has passed without each Congress for more than six decades.

After weeks of closed-door talks to iron out differences between House and Senate versions of the bill, negotiators are reportedly nearing a final version which could be taken up as soon as next week.

Politico reported Wednesday that negotiators have agreed on including a $45 billion boost to the Pentagon budget in this year’s NDAA — a rebuke of President Biden’s 2023 much lower budget request which many lawmakers argued failed to keep pace with inflation.

The added funding mirrors the Senate Armed Services approved version of the bill. The House approved a $37 billion increase to the Pentagon’s top line in its version.

If passed, it would mark the second year that lawmakers have used the catch-all NDAA to increase the Pentagon budget above Mr. Biden’s request.

The budget boost is a significant win for Republicans, but those opposed to the vaccine mandate say it is a hill they are willing to die on.