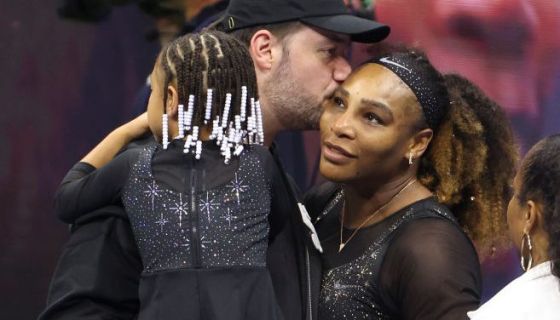 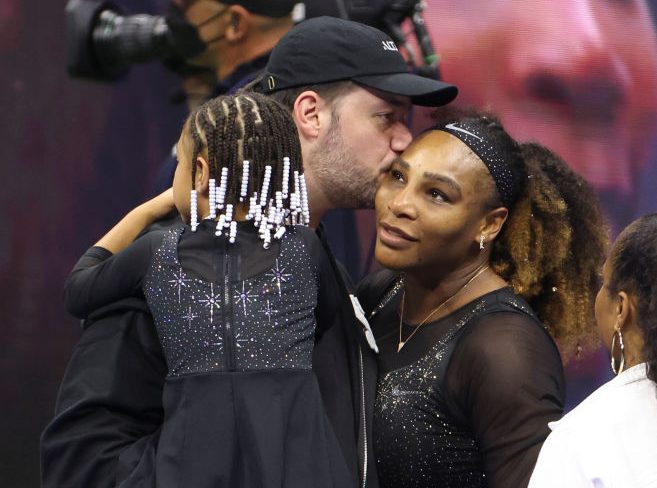 On the track “Middle of the Ocean”, he refers to the Reddit co-founder as a “groupie”.

“Sidebar Serena, your husband a groupie/He claim we don’t have a problem but No, boo, it is like you coming for Sushi.”

Hmmm…was the serial investor out here talking ish about Drake and word got back to him?

Alexis seemingly scoffed at Drizzy’ diss and is singing “‘l’ll be your groooupiiie baabaay” in front of the entire world.

“The reason I stay winning is because I’m relentless about being the absolute best at whatever I do. Including being the best groupie for my wife & daughter.”

Alongside his passionate caption, he posted a photo of he and Serena’s 5 year old daughter, Olympia, courtside supporting the tennis goat during a match.

Serena responded with a series of heart eye emojis.

That’s right! Like Tammy said you better stand by your man girl!

It was hard for many to believe the unproblematic entrepreneur would even have an issue with Drake – considering he and Serena only dated briefly back in 2015.

The “In My Feelings” rapper and Serena made headlines after they were photographed kissing in a Cincinnati eatery following an appearance by Drake at one of the tennis pro’s matches.

In 2013, he first mentioned Serena on his hit song “Worse Behavior”,

“I’m with my whole set, tennis matches at the crib/I swear I can beat Serena when she playin with her left.”

Is Mr. Graham bitter because Serena was “The Best [He’s] Ever Had” and now he’s “Upset” that she’s moved on and happy?

He and Future seem to be two peas in a pod when it comes to being shady towards exes who are flourishing in new relationships.

Gentlemen take a beat from Elsa and “Let It Gooooo”.