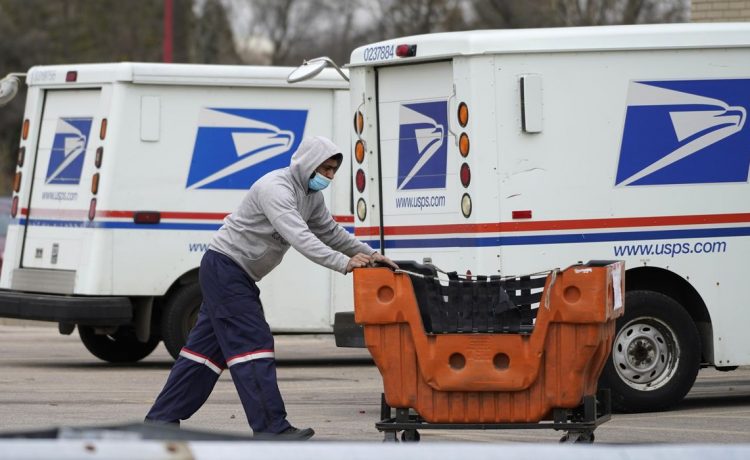 A total of seven D.C. area postal workers have been robbed in the past week after another mail carrier was victimized on Thursday.

This time it was in Bethesda when an armed suspect robbed a postal worker at gunpoint and stole a master key, according to WRC-TV, NBC’s Washington, D.C. station.

The outlet reported that the seven robberies have similar-looking suspects and methods, with a dark sedan being used as the getaway car in most cases.

On June 30, a carrier in Takoma Park was robbed at gunpoint before being assaulted at around 12:55 p.m. Around 1:15 p.m., another carrier was robbed on 8th Street in Northeast D.C.

One male was wearing a gray-and-black hoodie and was armed with a black-and-silver handgun on the day of the incident. The other was said to be wearing a black hoodie and jeans. Both suspects left the area in a black sedan.

The next day, July 1, four robberies were carried out in the span of three hours.

Two incidents happened in Wheaton and Beltsville within 20 minutes of each other beginning around 10:30 a.m. Both times, a suspect approached a mail carrier, showed a firearm and then demanded property before leaving the area.

Authorities gave the same suspect description in both cases — a skinny Black male standing between 5 feet, 6 inches and 5 feet, 8 inches and possibly in his 20s. He was wearing a black ski mask and had a high-pitched voice.

The suspect also left the area in a black sedan, possibly an Infiniti, with dark-tinted windows in both instances.

The third incident happened shortly before 11:30 a.m. on Florida Avenue Northwest in D.C. when a suspect approached the mail carrier and demanded property. The suspect then hit the carrier in his chin and took property before fleeing in a black Mercedes sedan.

The final incident on July 1 occurred on Quiet Hours Court in Columbia around 1:30 p.m when a suspect approached a letter carrier, showed a firearm and demanded property.

Authorities described the suspect in this incident as a skinny Black male with a light complexion who stood around 5 feet, 9 inches and had a red shirt on.

There is a $50,000 reward for any information that leads to the identification, arrest and conviction of these suspects. The $50,000 reward applies to each incident where a mail carrier was robbed.

Correction: An earlier headline incorrectly described the span of time over which the robberies occurred.