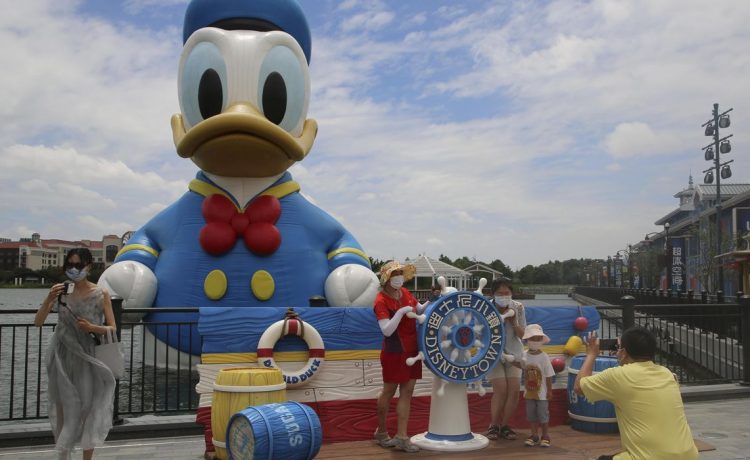 Shanghai Disney closed until further notice Monday and is trapping some of its visitors within the park until they can show a negative COVID-19 test.

It’s the latest example of China’s stringent “Zero COVID” policy that seeks to contain the spread of the virus with instantaneous lockdowns at an affected site, no matter if it’s an office building, retail store or amusement park.

Chinese social media site Weibo showed videos of people rushing to the park’s exits when the lockdown was announced, but the gates were already locked, according to BBC News.

Despite the circumstances, Reuters reported that rides are still operating for people locked down at the park. Both hotels on resort grounds remain open as well.

Shanghai Disney said in a statement that it will send out a notice when the park is allowed to reopen.

Customers who had already purchased passes for the park can either receive a refund or pick a new date to visit within a six-month period after the park reopens.

This isn’t the park and resort’s first experience with a lockdown. Last November, more than 30,000 people were locked in the park while they were tested for a contact tracing program.

Shanghai Disney had been working to keep the park open with a series of capacity limits and procedures prior to its indefinite closure.

The park announced Saturday that it reduced the park’s capacity and its workforce to comply with pandemic protocols. It was the second time this month that the park had reduced its capacity.

It had also been requiring guests to show a negative nucleic acid test, which helps detect viruses and bacteria, up to three days before entering the park and resort grounds, according to NPR.

Visitors also had to social distance, undergo temperature checks and wear masks at all times except when eating.