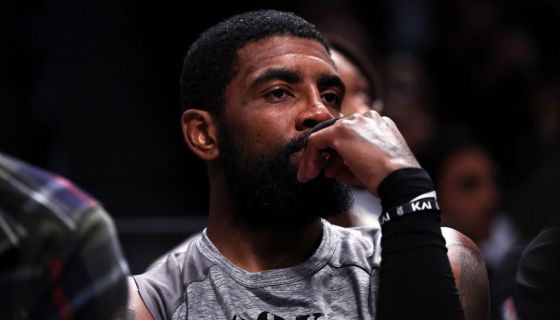 While the family of Shanquella Robinson demands answers and justice for her death, Kyrie Irving blessed their fundraiser. 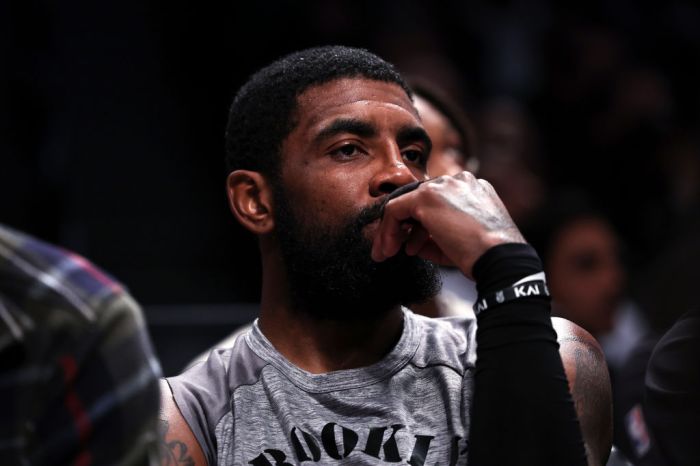 The 25-year-old died within a day of arriving in Cabo, Mexico on a group trip with her friends. Those friends blamed alcohol poisoning, but the autopsy pointed to a severe beating. Bernard Robinson told TMZ, “it seemed like it was a plot” against his daughter.

Shanquella’s mother, Salamondra Robinson, previously told Queen City News that everyone on the trip ” was telling different stories.” None of the conflicting explanations about Shanquella’s death included the brutal assault she suffered. Video from the trip revealed that multiple people recorded one of the “friends” beating a naked and defenseless Shanquella.

“It seemed like my daughter was asleep. For all of them to be in that room and you know, she woke up. It seemed like they attacked her, and she’s naked,” the Bernard said.

Multiple people in the video tried to coax Shanquella into participating in the fight. They yelled for her to fight back. She seemed scared, reluctant, and trapped by the people she once called friends.

“My daughter is not a fighter, not at all. For them to do what they did, it seemed like a plot. They could have done that here and it wouldn’t have went down like that. They put a hole in my heart” he continued.

Friends always break up and make up, but this beef couldn’t have been worth killing. According to the autopsy, Shanquella sustained a broken neck and cracked spine. She died about 15 minutes later from those injuries.

“That was my only child. This is a heartbroken man. I can’t even be a granddad. I can’t walk her down the aisle. I can’t hear her voice just say ‘Daddy’ and ‘Mom.’ I can’t hear her say ‘grandma,’” Bernard said before breaking down in tears.

“Y’all just don’t know what you’ve done to me. I thought she’d be burying me, not not me burying her,” he continued.

The friends flew back to the United States as scheduled. It took almost two weeks and $6K to get Shanquella’s body back home. Bernard said he hoped they would be extradited to Mexico.

“You know how much pain my daughter suffered from the injuries? She had a small little frame. They sat there and didn’t try to get her no help,” Bernard explained.

When asked if he wants the former friends to serve a life sentence, Bernard immediately says, “yes, ma’am. They took a life.”

The family launched a GoFundMe to help with the unexpected expenses of Shanquella’s tragic death. Heartbroken loved ones also need financial support for legal fees as they fight for justice.

“We are beyond devastated. We continue to fight for the truth,” wrote Shanquella’s sister Quilla Long.

“We face a tremendous unexpected financial burden and a great deal of pain as we prepare to lay my sister to rest. Any support you can contribute to our legal fees and other critical expenses is greatly appreciated,” she continued.

According to HITC, controversial baller Kyrie stepped up to help the Robinsons with a generous donation. Irving was the top contributor, donating $15,000 and another $50,000. In less than 24 hours, the fundraiser has reached almost $307,000 of the $350,000 goal.

Financial support for the Robinsons is impressive, but they really want justice for Shanquella.