Shelling goes on near Ukraine nuclear plant, despite risks 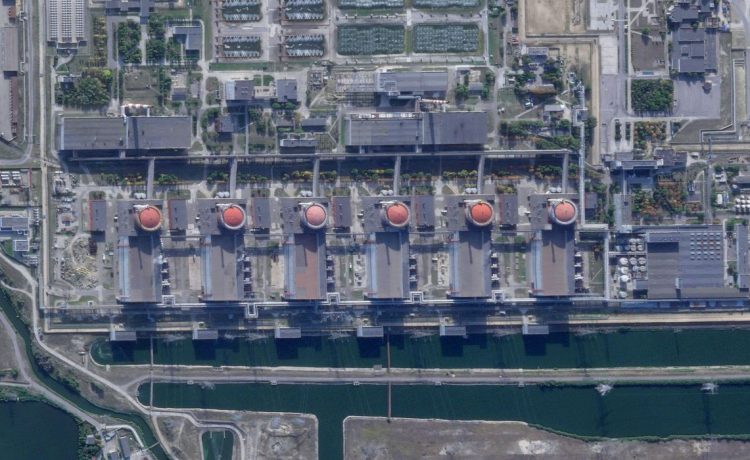 KYIV, Ukraine (AP) — Russia renewed its shelling in the area of Ukraine’s Zaporizhzhia nuclear power plant, a local official said Wednesday, a day after the U.N. atomic watchdog agency pressed for the warring sides to carve out a safe zone there to protect against a possible catastrophe.

The city of Nikopol, located on the opposite bank of the Dnieper River from Europe’s largest nuclear power plant, was fired on with rockets and heavy artillery, regional governor Valentyn Reznichenko said.

The reports of nearby shelling, which couldn’t be independently verified, have caused international alarm. The head of the International Atomic Energy Agency, Rafael Grossi, warned the U.N. Security Council on Tuesday that “something very, very catastrophic could take place” at Zaporizhzhia.

“There are fires, blackouts and other things at the (plant) that force us to prepare the local population for the consequences of the nuclear danger,” Reznichenko said.

The potential peril led the U.N. atomic watchdog agency to urge Russia and Ukraine to establish a “nuclear safety and security protection zone” around the plant.

There are fears the fighting could trigger a catastrophe on the scale of the Chernobyl disaster in 1986. The plant was built during the Soviet era and is one of the 10 biggest in the world.

Neither Moscow nor Kiev officials would immediately commit to the idea of a safety zone, saying more details of the proposal were needed.

Russian President Vladimir Putin defied pressure to halt the war, saying Wednesday that Moscow will forge ahead with its military offensive in Ukraine until it achieves its goals. He also mocked Western attempts to stop Russia with sanctions.

The eastern city of Sloviansk came under Russian fire on Wednesday morning, damaging a school and another building, according to the head of the city administration Vadym Lyakh. He said the number of injuries wasn’t yet known.

Three civilians were killed in Russian shelling in the Donetsk region, the Ukrainian presidential office said. Kharkiv city was hit by rockets twice during the night.

But Ukrainian forces have taken control of an unspecified number of towns in the Kherson region, according to Nataliya Humenyuk, a spokesperson for the southern military command. She said details would come later from the military leadership.

The U.K. defense ministry said there had been heavy fighting on three fronts: in the north, near Kharkiv; in the east in the Donbas; and in the south in Kherson Oblast.

Amid a Ukrainian counterattack in the east, “multiple concurrent threats spread across 500 kilometers (310 miles) will test Russia’s ability to coordinate operational design and reallocate resources across multiple groupings of forces,” the ministry said Wednesday.

The Russian military held large-scale military drills that began last week and ended Wednesday in the country’s east that involved forces from China. It was seen as another show of increasingly close ties between Moscow and Beijing amid tensions with the West over the military action in Ukraine.