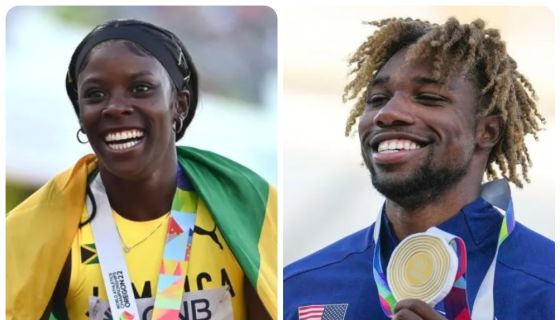 They’re young, Black and fast, and they’re breaking records on that a**. 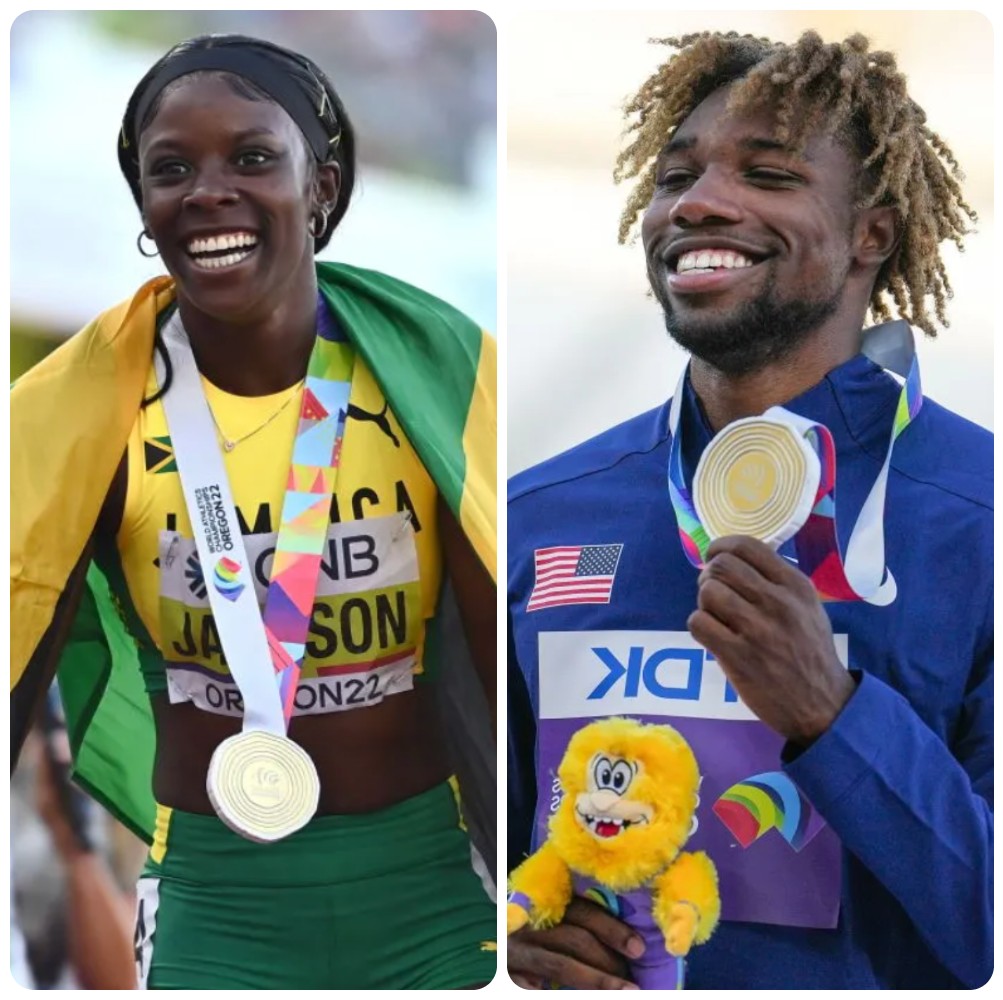 Jamaican sprinter Shericka Jackson and American sprinter Noah Lyles both had great runs (literally) at the World Athletics Championships Thursday as they both won and set records in the 200-meter race.

According to CNN, Jackson became the second fastest woman of all time behind Florence Griffith-Joyner and set a new national and championship record when she won the race in 21.45 seconds.

“I’m feeling great. I came out and put on a show,” Jackson said after her victory. “The fastest woman alive, the national and championship record, I can’t complain.”

Jackson beat fellow Jamaican track and field star Shelly-Ann Fraser-Pryce for the gold, but clearly, there’s no love lost between the two. Here’s Fraser-Pryce fixing Jackson’s hair after the race after embracing her for a big hug.

Meanwhile, Lyles retained his title in the men’s 200m race, and after clocking in at 19.31 seconds, he narrowly broke the record set by track and field champ Michael Johnson and became the third fastest man ever in that distance.

In fact, after the race, Johnson himself came down to the field to join Lyles in celebrating his moment. He was definitely a great sport about his record being broken after it held strong for 26 years since the Atlanta Olympics of 1996.

“He just said he had a great race,” Johnson told a reporter. “He said he worked harder than he ever did. I thought he ran a great curve. And so, it was fantastic.”

Congratulations to Shericka Jackson and Noah Lyles. Y’all definitely run things, both figuratively and literally, in the world of track and field. Much love.