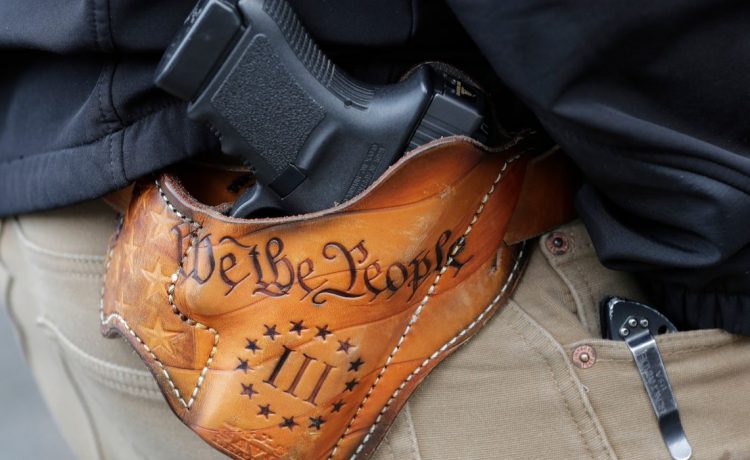 PORTLAND, Ore. — An Oregon gun rights group and a county sheriff have filed a federal lawsuit challenging a voter-approved ballot measure that is one of the strictest gun control laws in the nation.

The Oregon Firearms Federation and Sherman County Sheriff Brad Lohrey filed the lawsuit Friday in U.S. District Court contending the measure scheduled to take effect Dec. 8 is unconstitutional because it violates the Second Amendment right to “keep and bear arms.”

The lawsuit seeks to prevent the measure from taking effect.

Oregon voters earlier this month approved the measure that requires residents to obtain a permit to purchase a gun, bans large-capacity magazines over 10 rounds except in some circumstances and creates a statewide firearms database.

The lawsuit states that many best-selling handguns and rifles come standard with magazines that hold more than 10 rounds.

“Millions of law-abiding Americans own firearms equipped with magazines capable of holding more than 10 rounds of ammunition,” the lawsuit states. “There is nothing unusual or novel about this technology.”

The ban on large-capacity magazines would not apply to current owners, law enforcement or the military.

To qualify for a permit under the measure, an applicant would need to complete an approved, in-person firearm safety course, pay a fee, provide personal information, submit to fingerprinting and photographing and pass a federal criminal background check. The permits would be processed by local police chiefs, county sheriffs or their designees.

Proponents of the measure say it would reduce suicides – which account for 82% of gun deaths in the state – mass shootings and other gun violence.

Opponents, including the left-wing Socialist Rifle Association, say it would infringe on constitutionally protected rights and could reduce gun access among marginalized communities and people of color if law enforcement agencies are the arbiters of the permitting process. They also say permitting fees and the cost of the firearms course could also be barriers to access.