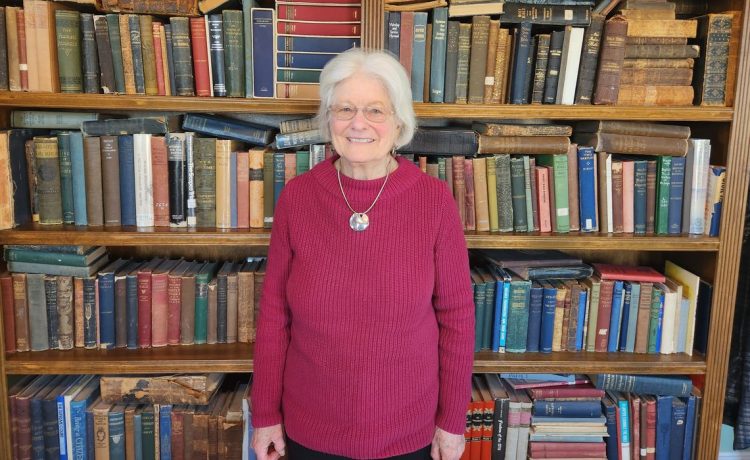 The pro-life movement has been in the crosshairs in the months since the fall of Roe v. Wade, and in Joan Jacobson’s case, that’s not a metaphor.

The 84-year-old volunteer was shot in the shoulder Sept. 20 while door-knocking on behalf of Michigan Right to Life in opposition to Proposal 3, a ballot measure to codify Roe, by a man who called her a “right-wing nut.”

Richard Alan Harvey, 74, of Odessa Township was charged with felonious assault, careless discharge causing injury, and reckless use of a firearm. He said the gun accidentally went off during an altercation, but Mrs. Jacobson isn’t buying it.

“I do not think it was an accident. I think he knew what he was doing,” she told The Washington Times.

For abortion foes, the shooting represents a frightening escalation of the pro-choice backlash since the Supreme Court’s June 24 ruling in Dobbs v. Jackson, an onslaught marked by attacks on more than 70 pro-life pregnancy centers led by militants in some cases associated with the radical group Jane’s Revenge.

The FBI has made no arrests in the cases. Last month, however, the agency raided the Pennsylvania home of pro-life activist Mark Houck, heightening fears that the movement is viewed as an acceptable target as Democrats push the abortion issue to the forefront.

Michigan Right to Life said in a statement last week that “Enough is enough.”

“Since the overturning of Roe v. Wade and the 2022 election season entered its most critical stages, the rhetoric from elected officials and members of media who support abortion has been unhinged,” said the group. “On September 20, that rhetoric came to a head with Richard Harvey shooting an 84-year-old pro-life volunteer, a passionate lady who just wanted to talk to people who live in her town of Lake Odessa about Proposal 3.”

In Michigan, Democratic Gov. Gretchen Whitmer has made abortion access a centerpiece of her reelection campaign, vowing repeatedly to “fight like hell” against restrictions.

She used her line-item veto in July to strike $20 million to support adoption and pro-life pregnancy facilities, and filed a lawsuit that resulted in a court ruling in August blocking a 1931 law that made abortion a felony.

“I’m fighting like hell to stop Michigan’s dangerous 1931 abortion ban from going into effect. I’ll do everything in my power to protect doctors and nurses from criminalization,” Mrs. Whitmer said in a Tuesday tweet.

Her office did not respond to a request for comment about the shooting.

After months spent encouraging supporters to “fight like hell” for abortion, Gretchen Whitmer remains silent on the shooting of a pro-life volunteer.

Her calls for fighting continue as the 84-year-old volunteer recovers from her injuries. pic.twitter.com/MRmSOpqKcU

Republican Tudor Dixon, who’s running to unseat Ms. Whitmer, accused the governor of fanning the flames of the post-Dobbs unrest.

“Think about this: This is an 84-year-old woman, and yet we haven’t heard anything from the governor of our state. But remember, this is a time when she’s stirring people up over abortion. She’s constantly talking about it,” said Ms. Dixon on Fox News.

Meanwhile, pro-choice advocates say abortion facilities are also being targeted. Based on preliminary data from its members, the National Abortion Federation has seen an increase in death threats against abortion providers, clinic invasions, and email threats and harassment since May when the draft Supreme Court opinion was leaked.

‘My husband nicked her with a gun’

Mr. Harvey has defended his actions by saying that Mrs. Jacobson was threatening his wife Sharon Harvey with a clipboard. He said he first fired a “warning shot” and then inadvertently shot the pro-life volunteer with his .22 caliber rifle.

“[S]he raises that clipboard like she’s going to strike my wife, and I go to knock it out of her hands, and I still had the gun in my hand, and I was going to — and the bloody thing went off,” said Mr. Harvey on the 911 call placed by his wife after the incident.

Asked if he did so accidentally, he said, “Oh, yeah. I didn’t shoot her on purpose,” before calling her a “right-wing nut.” He also said he was sorry.

“He knew I wasn’t having an argument with her. He had time to see that. I was not using my clipboard,” said Mrs. Jacobson. “I guess there are stories out there that I was waving my clipboard and I was going to try to hit her. That’s not true. That is absolutely false. I was just holding my clipboard to my chest.”

She said that Sharon Harvey became angry after she knocked on their door and explained that she was canvassing against Proposal 3, which would enshrine abortion rights in the state constitution.

“Immediately when I said Proposition 3, she got angry and was yelling at me throughout our whole conversation, which to me lasted only about five minutes that I was on the porch,” Mrs. Jacobson said.

She said she left and started walking down the sidewalk but that Mrs. Harvey followed her, telling her to get off her property.

“I did at one time yell back at her, ‘Stop yelling at me,’ and I kept walking,” Mrs. Jacobson said. “I didn’t understand — I’m getting off her property, why is she yelling at me?”

At that point she saw a man approach from the barn, and realized he was carrying a firearm.

“It just happened so fast. I no sooner saw him than I heard this shot, and I felt this pain. And I was just stunned. And I thought to myself, did he shoot me?” she said. “I just stood there. He didn’t say anything, she didn’t say anything, and if I said anything, it was, did I just get shot? That was it. And then I started heading for my car.”

Her attorney, David Kallman, said the bullet from the .22 caliber rifle entered the top of her shoulder and exited the base of her neck at the top of her back, and “just missed the spine.”

“It kind of traversed the top of her shoulder and fortunately didn’t hit any major blood vessels or bones and just went right out. The doctor said she was incredibly lucky,” said Mr. Kallman, who said his client is considering civil action against Mr. Harvey.

Mrs. Jacobson said she had “severe pain” in her back but was able to drive a few miles to the police station. From there she was transported to a hospital in Grand Rapids and released a short time later.

Meanwhile, Mrs. Harvey called 911 and asked for police to arrest Mrs. Jacobson, accusing her of driving up on her grass and refusing to leave her property before adding that, “My husband nicked her with a gun,” which caught the operator’s attention.

“What do you mean ‘nicked her with a gun’? What does that mean?” asked the operator.

Replied Mrs. Harvey: “He shot at her. It scraped her.” Asked if the woman was bleeding, Mrs. Harvey responded: “Just a little bit. Just a scratch.”

“She was trying to insist that I vote to say no on Proposition 3,” Mrs. Harvey said. “I told her to get off my property, and she wouldn’t go.”

Mrs. Jacobson said she thinks voters are being riled up by the rhetoric and false claims surrounding abortion, such as that Republican-led laws and proposals don’t include exceptions for the life of the mother.

“I think that people out there are being very much influenced, and I think this woman is under the impression that if we ban abortion, that women are going to die,” Mrs. Jacobson said. “I think the left, probably the pro-abortion people, are out there saying this.”