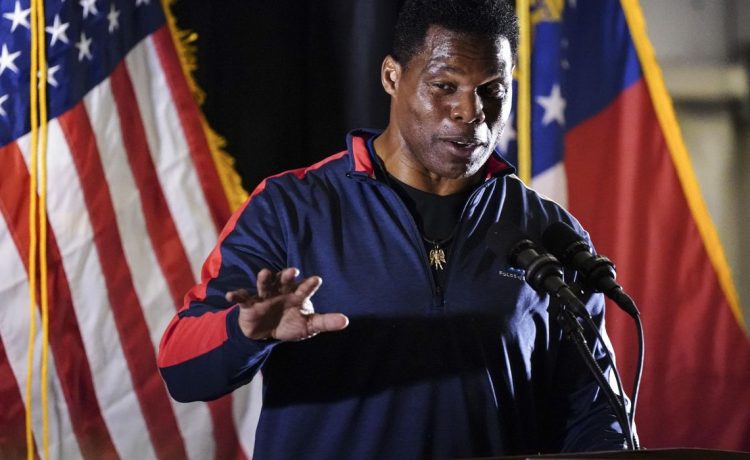 ATLANTA — Georgia Democrat Raphael Warnock’s first runoff in 2021 was a titanic nine-week clash to control the Senate that included three weeks of early in-person voting and lots of mail ballots.

But the Dec. 6 runoff won’t be for Senate control this time with Democrats retaining seats in Arizona and Nevada earlier this month. Successful reelection bids by Sens. Mark Kelly and Catherine Cortez Masto were what Democrats needed to keep the slimmest of margins in the chamber.

Georgia requires a runoff if a candidate doesn’t win a majority in the party primary or in the general election. Neither Warnock nor Republican Herschel Walker got to 50%.

Under Georgia’s 2021 election law, there will be only four weeks before the runoff – with Thanksgiving in the middle. Many Georgians will be offered only five weekdays of early in-person voting beginning Nov. 28. And June’s primary runoffs showed time for mail ballots to be received and returned can be very tight.

Those changes could disadvantage Democrats, who tend to push early voting and vote-by-mail more than Republicans. Because the 2021 law makes it harder to apply for a mail ballot, Democrats urged supporters to vote early in person in October.

Democratic U.S. Rep. Hank Johnson said it will be challenging to reignite the kind of early voting enthusiasm that Democrats displayed ahead of the general election, when overall early voting set a new midterm record.

“We’ve from Thanksgiving weekend to Tuesday, Dec. 6, to get these votes out, and there will be a lot of hard work over the holiday and the runup to the holiday season to make sure we get this vote out,” Johnson said. “I think voters are aware that our future is still in peril, and we can make a difference in Georgia for the sake of the nation. We’ve done it before, and we can do it again.”

Stephen Lawson, who worked for Loeffler ahead of her 2021 defeat to Warnock, recalled that even with a two-month period between the 2020 general election and the second round “you had voters who weren’t aware of the runoff date and had to be reminded that it wasn’t over.” Lawson now leads the 34N22 political action committee backing Walker.

The changes could produce lower turnout, and maybe a return to the old rules of Georgia runoffs before 2021, when Republicans had clear advantages.

“Republicans do better in getting their voters back out for a runoff election,” said Eric Tanenblatt, a lobbyist who was chief of staff to Republican Gov. Sonny Perdue and later national finance co-chair for Republican Mitt Romney’s 2012 presidential campaign.

No one who wasn’t on the rolls before Nov. 8 can register to vote now. The last day to register was Nov. 7.

Georgia’s 159 counties can open early voting sooner than Nov. 28 if they are able. But they can’t begin until the state certifies the general election, currently targeted for Nov. 21, said Deputy Secretary of State Gabriel Sterling.

But only 10 counties offered more than the mandated five days during June primary runoffs, the first statewide elections held with the shortened runoff period. Moreover, state law bars early in-person voting on a state holiday or the Saturday after a state holiday. Because both Thanksgiving and the following Friday are state holidays, there will be no Saturday voting offered before the runoff.

Mail ballots can be requested now through Nov. 28. About 150,000 people who voted by mail in the November election will automatically be mailed a ballot for the runoff. But Associated Press reporting found some counties were slow to mail ballots before the primary runoff, raising questions about whether voters could receive and return them in time.

Republicans say the four-week runoff is workable, noting it was law in Georgia before 2013. A federal judge found then that military and overseas voters didn’t have enough time to return mail ballots, ordering nine weeks instead. Lawmakers in 2021 solved that problem by adding ranked-choice ballots for overseas voters, letting them pick additional candidates in the event of a runoff.

“The counties are prepared already. They know we’re going to have this period of time,” Republican Secretary of State Brad Raffensperger told reporters Wednesday.

“We know that our community members did not have fair and equitable access to voting by mail,” Aisha Mahmood, executive director of the Asian American Advocacy Fund said during an online news conference on Wednesday.

Liberal groups vow they won’t be outworked. Most don’t endorse candidates but push progressive policies broadly in line with Democrats, and are a key cog in the Democratic turnout machine.

“The way that we won in 2021, you’re seeing it happen again right now,” said Hillary Holley of Care in Action, which advocates for domestic workers. “And so yes, is this runoff shorter? Absolutely. And do we need everyone to start making a plan to vote right now? Absolutely.”