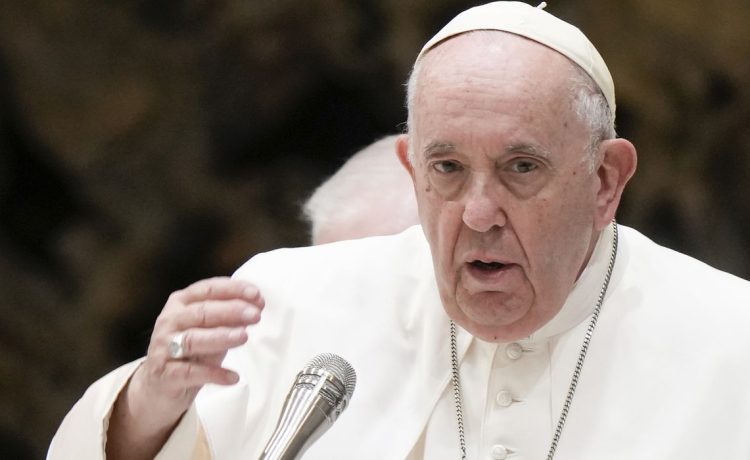 “Polarization is not Catholic,” Francis said. “A Catholic cannot think either-or and reduce everything to polarization. The essence of what is Catholic is both-and,” he said.

He warned that the involvement of the U.S. Conference of Catholic Bishops in politics risks “diminishing the authority” of local bishops, whose job he said is pastoral.

The spiritual leader of the world’s 1.2 billion Roman Catholics, who turns 86 next month, made his comments in an exclusive interview in America magazine, a Jesuit publication based in New York City. Francis is the first member of the Society of Jesus, more popularly known as the Jesuits, to serve as pope.

The pope told the magazine that polarization “privileges some and leaves others behind. The Catholic always harmonizes differences.”

Some of the pontiff’s most pointed comments referred to the U.S. Conference of Catholic Bishops, a group with which Francis has had differences in the past few years. The USCCB, essentially a trade group of the leaders of local dioceses, proposed issuing guidelines under which pro-abortion politicians such as President Biden and outgoing House Speaker Rep. Nancy Pelosi, California Democrat, could be denied communion.

SEE ALSO: WHO decides to rename monkeypox as mpox to avoid stigma

The pope made a point of saying communion was for all Catholics and administered the sacrament to Mr. Biden during a Vatican visit.

“Jesus did not create bishops’ conferences,” the pope said. “Jesus created bishops, and each bishop is [the] pastor of his people.”

Francis said the USCCB “is an organization meant to assist and unite, a symbol of unity. But the grace of Jesus Christ is in the relationship between the bishop and his people, his diocese.”

A spokeswoman for the USCCB did not immediately respond to a request for comment on Francis’ remarks from The Washington Times.

In other comments, Francis said that while the “Petrine principle” of ministry forbids the placement of women in the ranks of ordained priests, adding that other dimensions of church ministry can allow for female participation.

He said “the administrative way” of the church offers the means for women to serve.

“I believe we have to give more space to women. Here in the Vatican, the places where we have put women are functioning better,” he said.

Responding to a separate question on how the bishops’ conference should present the abortion issue, the pope said that was a matter for the group “to resolve within itself. What interests me is the relationship of the bishop with the people, which is sacramental.”