Shutdown looms amid fight to save border policy in spending bill 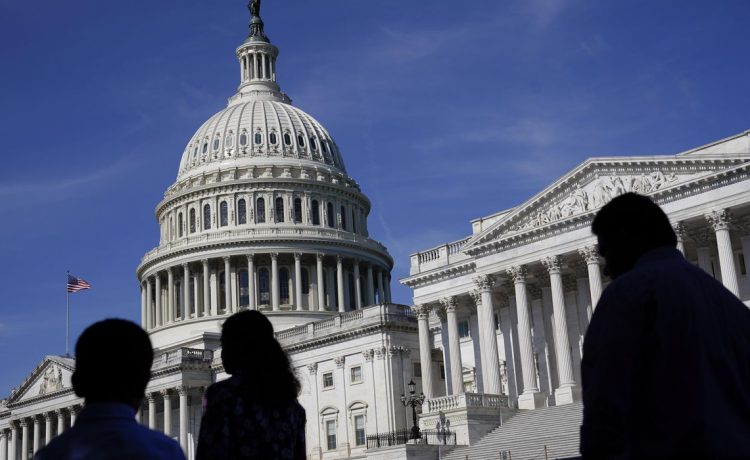 The Senate remained logjammed Thursday over an effort to fast-track a bipartisan $1.7 trillion government funding package to avoid a midnight Friday shutdown amid Sen. Mike Lee’s demand for an amendment vote to preserve the Title 42 border policy.

The Utah Republican wants his amendment to pass by simple majority, rather than 60 votes. It would slash Department of Homeland Security funding unless the Biden administration reinstates the Trump-era rule that has allowed millions of asylum seekers to be turned away at the border amid the pandemic.

Senate Democrats are unwilling to make the accommodation for fear it may succeed, which would likely tank the bill in the Democrat-led House.

“I requested that we, at a minimum, have … a simple up or down vote on preserving Title 42 authority because Title 42 authority is the only thing standing between us and absolute pandemonium on the border. We already have pandemonium,” Mr. Lee said. “[Democrats] know it might pass. That scares them to death because they’ve gone out of their way in this bill, to not include anything for border security.”

Title 42 is expiring, prompting concerns the immigration crisis along the southern border will be exacerbated. The Supreme Court temporarily paused its lifting this week.

Democrats cited the Title 42 amendment demand by Mr. Lee and other GOP senators as “not a good faith effort” that would “permit a bunch of partisans to deliberately take down the bill.”

The Senate remained in session until early Thursday as the two sides tried to reach a deal that would allow for several GOP amendments in exchange for voting on final passage without running out the procedural clock.

Without such an arrangement, the earliest the spending bill could pass the Senate is Friday before it heads over to the House, risking a brief shutdown at midnight.

Lawmakers had hoped to leave town Thursday ahead of winter storms that could upend their holiday travel plans.

“We’re getting ever closer to reaching an agreement,” said Senate Majority Leader Charles E. Schumer, New York Democrat. “But we’re still not there.”