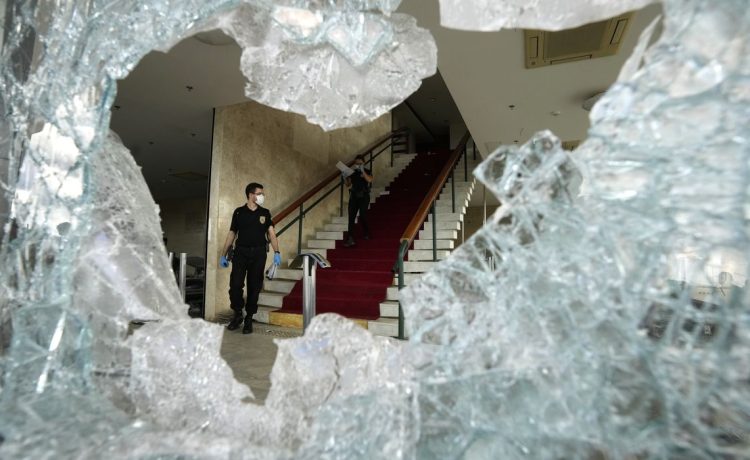 Pressure continues to mount on Mr. Lula from Brazil’s left to seize on Sunday’s uprising as a chance to crack down upon and potentially crush the activist right-wing populist movement that passionately backs Mr. Bolsonaro, and which the ex-president is accused of at least tacitly encouraging since his close electoral loss in October.

The events just one week after the inauguration of Mr. Lula have shaken the country and raised doubts about the health of Brazil’s democracy. During his campaign, Mr. Bolsonaro consistently questioned the legitimacy of Brazil’s electoral system and subsequently contested the results of the election.

As dust settles over Sunday’s violence, some analysts are calling on Mr. Lula — a 77-year-old leftist icon known for having as many enemies as friends on Brazil’s political landscape — to ease tensions rather than try and capitalize on the divisions gripping the country. As with the January 6, 2021 assault on the U.S. Capitol — an event to which Sunday’s rampage was quickly compared — it’s unclear if the brief, violent takeover of Brazil’s main governmental offices will strengthen or undermine Mr. Bolsonaro’s standing.

But many of Mr. Lula’s supporters see it differently, calling for a no-holds-barred crackdown on anyone found to have been involved in storming the government buildings in the heart of Brasilia.

Brazilian police on Monday had already rounded up roughly 1,500 rioters. Some were caught in the act of trashing Brazil’s Congress, the Supreme Court and the presidential palace. Most were detained the following morning at an encampment in Brasilia, where they have been pressing the Brazilian military to intervene to overturn the election result.

Mr. Lula’s administration has said jailing the rioters is only the start.

Justice Minister Flavio Dino vowed to prosecute those who acted behind the scenes to summon supporters on social media and finance their transport on charges involving organized crime, staging a coup and violent abolition of the democratic rule of law.

“We cannot and will not compromise in fulfilling our legal duties,” Mr. Dino said. “This fulfillment is essential so such events do not repeat themselves.”

Mr. Lula signed a decree, now approved by both houses of Brazil’s congress, ordering the federal government to assume control of security in the capital.

It remains to be seen how the situation will be impacted by Mr. Bolsonaro’s return to Brazil. The 67-year-old former president has been in Florida since late December, having skipped the Jan. 1 swearing-in of Mr. da Silva and staying at the Orlando-area home of Brazilian mixed martial arts fighter Jose Aldo, a fervent supporter. He also received medical treatment this week for a stomach ailment at a local hospital, though the severity of his condition was not known.

Mr. Bolsonaro’s arrival in Florida went largely unreported in the U.S. prior to Sunday’s uprising by his supporters who had been camping for weeks outside a military base in Brasilia, refusing to accept his election loss. Their invasion of Brazil’s government buildings left behind shattered glass, smashed computers and slashed artwork.

Mr. Bolsonaro never formally acknowledged Mr. Lula’s victory, but his administration did participate in the transfer of power. He has kept a low profile issuing few public statement, but the ex-president did post on Twitter Sunday repudiating violent protests as the Brasilia riots were underway.