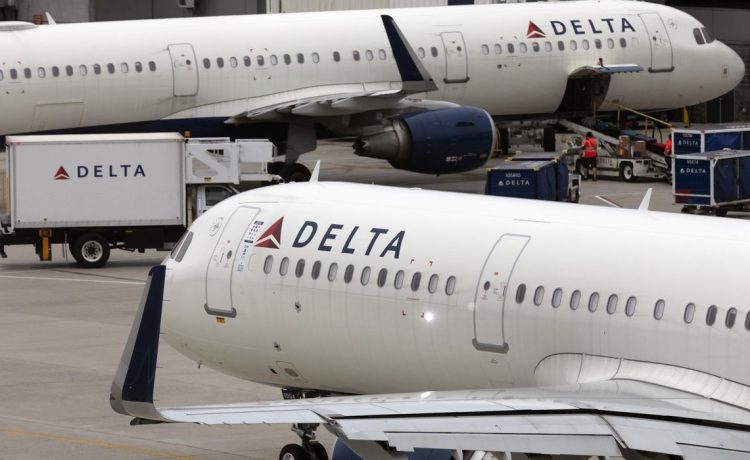 Delta flight 2846 from Atlanta to Los Angeles was forced to make an emergency landing in Albuquerque Tuesday after an engine went out and smoke from burnt oil filled the cabin.

“Scary moment on #delta flight 2846 from ATL-LAX as an engine went out and the smoke from burnt oil came into the cabin. The crew was amazing and made everything as smooth as possible while making an emergency landing,” passenger Mason Weiner said in a tweet.

“Someone started yelling there was a fire, but the flight attendants (in a very professional way) told everyone to chill, it wasn’t a fire, and keep seated,” Mr. Weiner told NBC News.

Videos from inside the cabin show smoke and the sound of beeping alarms. The emergency landing was made “following a flight-crew report of smoke in the cockpit and passenger cabin, Federal Aviation Administration Public Affairs Specialist Donnell Evans told CBS News.

“Nothing is more important than the safety of our customers and crew. That’s why our flight crew followed procedures to safely divert today’s flight 2846 to Albuquerque,” a Delta spokesperson told NBC News Tuesday.

True crime TV journalist Matt Johnson tweeted in a follow-up video footage of the pilots being cheered by passengers after those aboard disembarked.

“#ThankYou  👨‍✈️👨‍✈️🦸‍♂️ 🦸‍♂️ pilots on @delta flight #2846. #Emergency landing with only one engine after smoke filled the cabin. Our pilots received a round of applause 👏 from stranded passengers,” Mr. Johnson tweeted.

After landing at Albuquerque International Sunport just before 3 p.m. MDT, the flight continued on a different plane, leaving for Los Angeles International Airport at 8:35 p.m. MDT, landing without incident at 9:15 p.m. PDT, according to flight tracking site FlightAware.