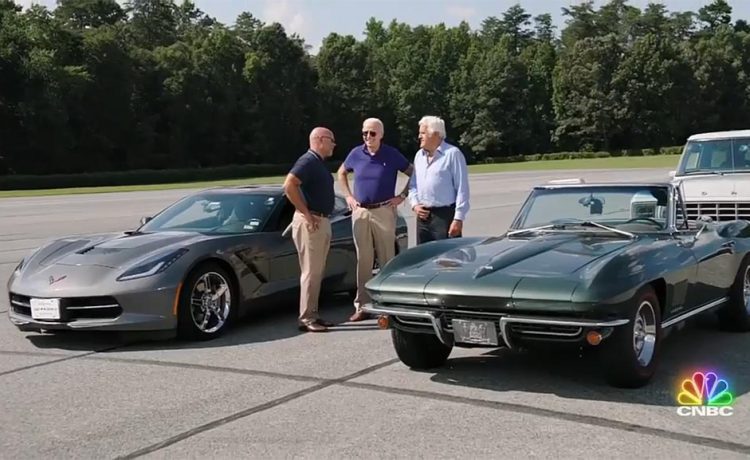 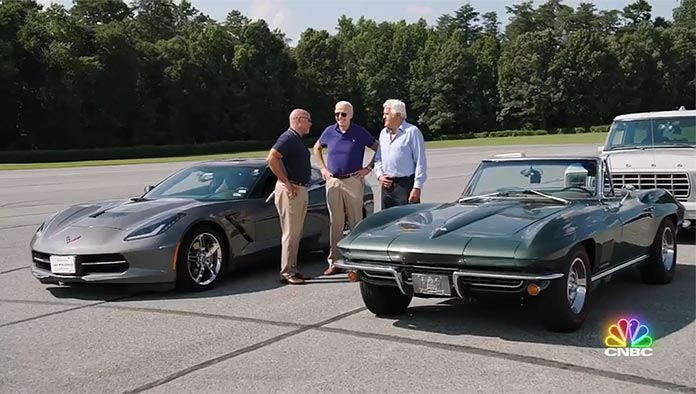 Back during Season 2 of the Jay Leno Show, Jay met with Vice President Joe Biden at the Secret Service Agency’s training ground which is about the only place the agents would allow the Vice President to drive his own car, a 1967 Corvette Sting Ray Convertible. It was during the taping of that show when retired 4-Star General Colin Powell showed up in his new 2015 Corvette Stingray, and a race between the two Corvette enthusiasts broke out.

On Wednesday, Jay Leno once again met President Biden and his Green 1967 Corvette Convertible at the Secret Service training facility for some driving action when Colin Powell’s son Michael joined them in the late general’s C7 Stingray. General Powell passed away last year, and his son Michael was back to force a rematch.

“I’m frankly here to kind of settle the score,” Michael Powell said, referring to the fact that his father lost the last matchup with Biden. “You know, for years, he was very, very bitter. He said that he had won that race, clearly, but somehow that got lost in editing. And, you know, he said, if I ever had the chance, I had to make that right.” 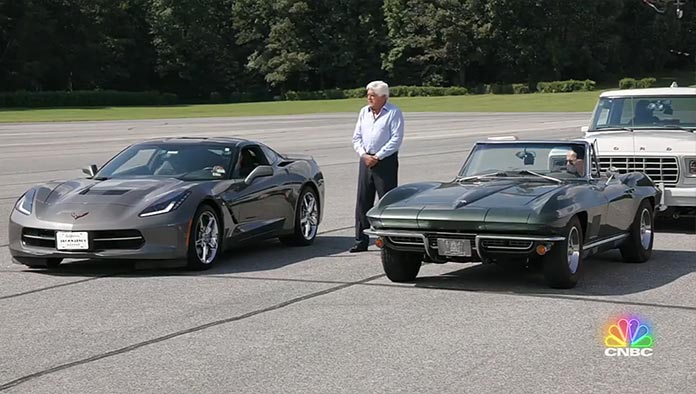 With the two men in each of their respective vehicles, the tale of the tape shows us Powell’s C7 Stingray with 455 horsepower and auto transmission was sided up against Biden’s small block rated at 350 horsepower and a manual 4-speed transmission. Jay does the countdown, and the two Corvettes are off!

Powell’s C7 Stingray immediately jumps out in front and there is an overlay reportedly showing the MPH of each car. The description and edited video of the race show that Biden’s ’67 Corvette hit 118 MPH during the sprint while the C7 squeaked out the win at 121 mph. But we are highly skeptical those speeds were actually attained, given the short length of the skidpad and our experience of driving a small block mid-year Corvette. But hey, it makes for some decent TV, regardless of political leanings. 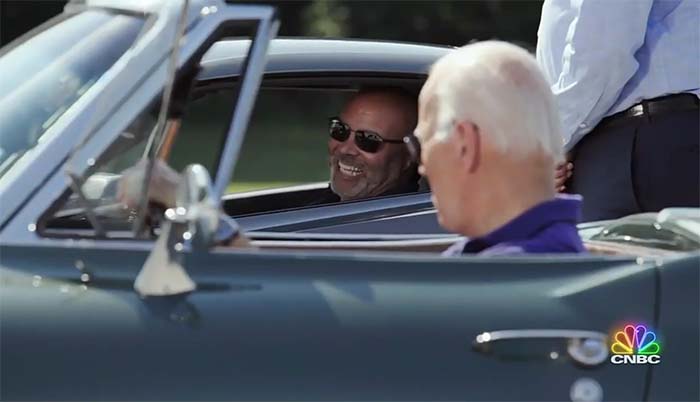 You can see a video of the race at Mediaite.com.

[VIDEO] Did Joe Biden Just Out GM’s Secret Plans for an All-Electric Corvette?