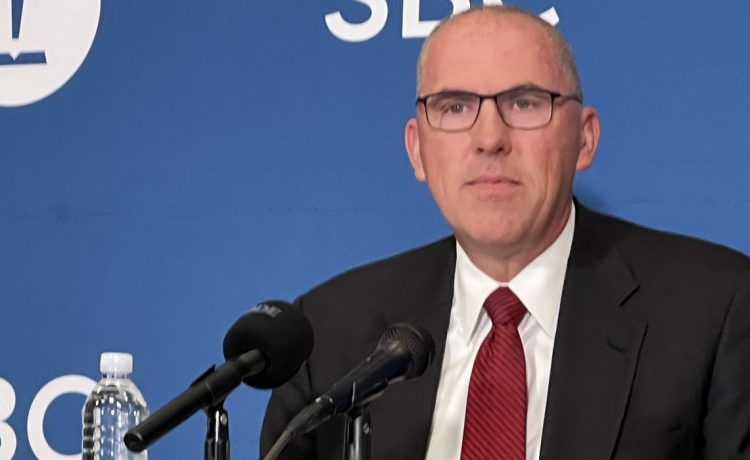 The new president of the Southern Baptist Convention should have spoken out more forcefully on widespread charges of abuse and sexual misconduct by church figures in the organization on Sunday’s “60 Minutes,” says an abuse survivor.

The Rev. Bart Barber, a Texas pastor elected in June to clean up the sex scandals that have roiled the 13.7 million-member denomination, acknowledged on the CBS program that SBC leaders had mistreated abuse victims.

But his condemnation of misconduct by clergy and others in the SBC fell short, according to Christa Brown, a former Southern Baptist who said she’d been raped as a teen by her then-pastor.

“Here’s the thing: Even if @bartbarber is 100% sincere, he’s working within a deeply toxic, survivor-unfriendly system that hasn’t yet manifested any meaningful transformation or made amends with those it harmed. That’s what is real,” Ms. Brown wrote Monday on Twitter.

Mr. Barber told “60 Minutes” that SBC reform efforts were “moving against” a “mindset” that for decades hid the names of alleged sexual abusers despite repeated requests to reveal them. He conceded that the Southern Baptist’s executive committee had neglected victims’ appeals.

“We didn’t just ignore them,” Mr. Barber told correspondent Anderson Cooper. “Sometimes we impugned their motives. Sometimes we attacked them. The reason why I’m president of the Southern Baptist Convention is because our churches do not agree with that and have taken action to correct those things.”

One ally, Kyle J. Howard, who said he attended the Southern Baptist Theological Seminary in Louisville, Kentucky, responded by saying in part, “The SBC will never change, it was founded on apostasy & it continues on same path. It’s [sic] wealth & influence were built on the backs of Black enslaved people (who were often sexually abused by their masters) and their seminary campuses still honor slave masters. Just facts.”

During the “60 Minutes” interview, recorded at the First Baptist Church of Farmerville, Texas, where Mr. Barber is senior pastor, the SBC president reiterated earlier statements that the denomination is cooperating with a Justice Department investigation of sex abuse cases in the group. He told Mr. Cooper he was not merely “angry” about the situation.

“God called me to be a pastor when I was 11,” Mr. Barber said. “I believe in this. For people to sully this hurts me. I’m not doing this to try to accomplish some PR objective for us.  I’m doing this because I want to serve God well.”

Mr. Barber added he finds “nothing” to prevent him from voting for former vice president Mike Pence in a GOP presidential primary.