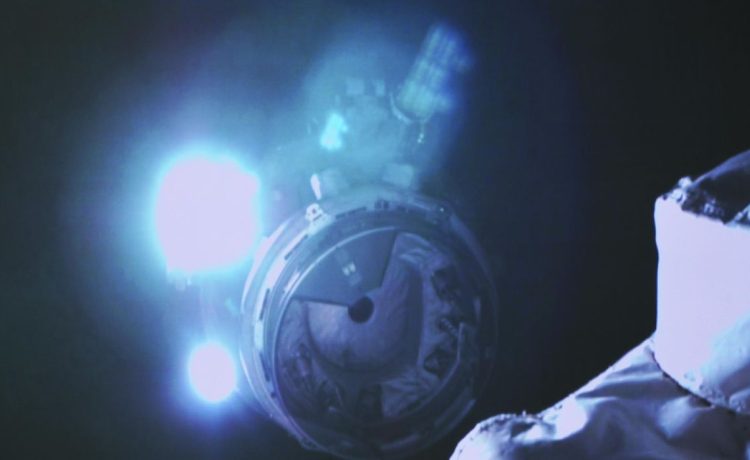 China’s military is rapidly building a large force of space weapons, including sophisticated anti-satellite missiles, lasers, jammers, orbiting killer robots and cyber tools, designed to “blind and deafen” the American military in a future war, the U.S. military is warning.

“The [People’s Liberation Army] continues to acquire and develop a range of counter-space capabilities and related technologies, including kinetic-kill missiles, ground-based lasers, and orbiting space robots, as well as expanding space surveillance capabilities, which can monitor objects in space within their field of view and enable counter-space actions,” the 195-page report states.

The Pentagon report, based on Defense Intelligence Agency information, discloses for the first time that China is working on space-based weapons capable of attacking enemy targets on Earth’s surface.

Firing weapons from space is technologically difficult because of the challenges of distance and atmospheric reentry. Research on such arms includes studies on methods of reentry, separation of payload, delivery vehicles, and transfer orbits for targeting purposes.

The research appears to be behind the unprecedented July 2021 test of China’s first “fractional orbital bombardment system,” or FOBS. The test involved the launch of an ICBM with a hypersonic glide vehicle from China that traveled around 24,800 miles and was in space for over 100 minutes.

The report called the FOBS test the longest of any Chinese land attack weapons system to date.

The Soviet Union researched a FOBS strike weapon in the 1980s, but the United States has no similar strategic weapons system.

The new U.S. Space Force is said to be developing counter-space weapons. However, all the force’s work on space warfare tools is classified.

Michael J. Listner, a space expert with Space Law and Policy Solutions, said the Pentagon report highlights the PLA’s space weapons use in a conflict but fails to consider the same space warfare tools could be used preemptively to cripple the U.S. military prior to a larger offensive.

“Crippling U.S. space assets would be a logical move on the part of the PLA, given their view of deterrence is preemptive in nature and designed to escalate a situation to the point of dissuading an adversary from further escalating the scope of a conflict,” Mr. Listner said.

China’s military has deployed an anti-satellite (ASAT) missile system that can hit all satellites passing in low-Earth orbit, around 1,200 miles or lower in space. PLA war games regularly use the ground-launched missiles in training exercises to simulate knocking out hostile satellites.

The Chinese military is also working on new ASAT missiles that can attack strategic satellites in geosynchronous (GEO) orbit, or 22,236 miles in space. Most military and intelligence satellites are deployed at this height.

The report noted China’s destructive ASAT missile test against a Chinese weather satellite in 2007. That test generated more than 3,000 pieces of dangerous debris. A total of 2,700 pieces remain and will continue orbiting for decades, the report said.

China in 2013 launched an object into space on a ballistic trajectory with a peak orbit above 18,600 miles in space — near geosynchronous orbit.

“No new satellites were released from the object, and the launch profile was inconsistent with traditional [space launchers], ballistic missiles, or sounding rocket launches for scientific research, suggesting a basic capability could exist to use ASAT technology against satellites at great distances and not just LEO,” the report said.

In addition to missiles, China’s military is building sophisticated space-based robot satellites, for uses such as satellite inspection and repair, that can be used to attack satellites.

Last year, the PLA launched multiple satellites for space maintenance and debris clean-up. The Shijian-21 was sent into geosynchronous orbit in January and moved a defunct BeiDou navigation satellite to “to a high graveyard orbit above GEO,” the report said.

The PLA also launched a maneuvering satellite with a robotic arm that the report said could be used to grab orbiting satellites and destroy or damage them.

To support its space warfare arms, China also has established a space surveillance system of sensors that can search, track and target satellites, including a variety of telescopes, radars, and other sensors that can be used in targeting ASAT missiles or guiding killer satellites to U.S. or allied satellites.

Another key element of the PLA space warfare arsenal is electronic warfare weapons.

PLA exercises routinely include jamming of multiple types of space-based communications, radar systems, and GPS navigation that are key to U.S. military movements and precision-guided weapons.

For the past 20 years, the PLA also has developed and fielded directed energy weapons, such as lasers that can dazzle or destroy electro-optical satellites.

“China has multiple ground-based laser weapons of varying power levels to disrupt, degrade, or damage satellites that include a current limited capability to employ laser systems against satellite sensors,” the report said.

More sophisticated lasers are being developed.

“By the mid- to late-2020s, China may field higher power systems that extend the threat to the structures of non-optical satellites,” the report said.

“The PLA expects space to play an important role in future conflicts by enabling long-range precision strikes and in denying other militaries the use of overhead command, control, communications, computers, intelligence, surveillance, and reconnaissance (C4ISR) systems,” the report said.

The PLA has no similar independent force similar to the U.S. Space Force. However, the new Strategic Support Force (SSF), a service-level component, oversees all PLA space operations, in addition to electronic and cyber warfare. The Pentagon report includes a map of China that identifies six SSF space warfare bases spread out around the country and a headquarters in Beijing.

The PLA’s space warfare capabilities are regarded as part of a suite of niche weapons that will assist in fighting and winning war against a “strong enemy,” a euphemism for the United States.

The weapons are designed to prevent the United States from using space, a key strategic advantage for the military, during a crisis or conflict.