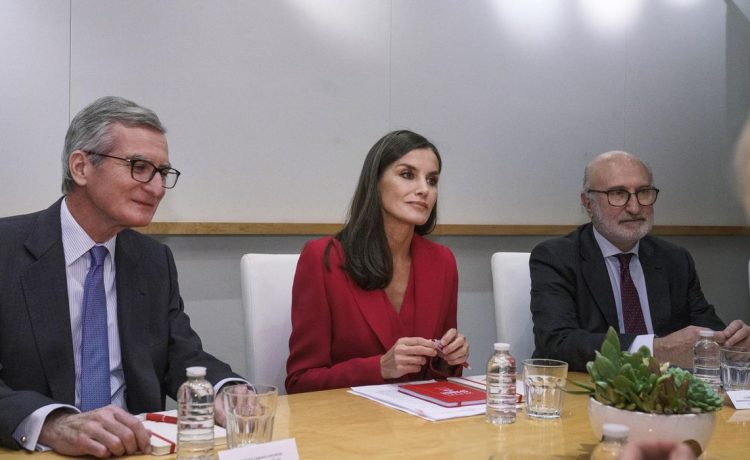 LOS ANGELES — Spain’s Queen Letizia was in Los Angeles on Tuesday where she celebrated the opening of a center that promotes the Spanish language and culture throughout the world.

Letizia Ortíz opened the West Coast’s first branch of the Cervantes Institute, which was founded by the Spanish government in 1991 to further the language and Hispanic culture internationally. The Los Angeles branch is now the seventh location of the institute in the United States.

Spanish is the second-most common language spoken in the U.S., after English, and is widely spoken in Los Angeles, where nearly 50% of the population is Hispanic or Latino. Letizia participated in a work meeting for the institute on Monday and presided over its inauguration Tuesday, according to a news release.

Letizia, a seasoned national television journalist, became princess upon marrying then-Prince Felipe – now King Felipe VI – in 2004. When King Juan Carlos abdicated 10 years later, she became the first woman without aristocratic blood to reach the throne of Spain. She turned 50 in September, prompting a look back at her position in a monarchy still reeling from scandals involving Juan Carlos.

Although Letizia is better known as a progressive feminist rather than a fervent monarchist, she is credited with playing a major role in Felipe’s decision to forge a new path and break ties with the palace’s corruption-linked past.