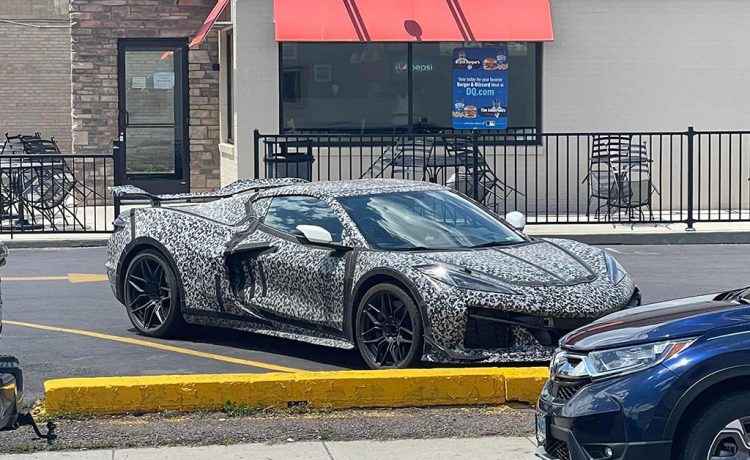 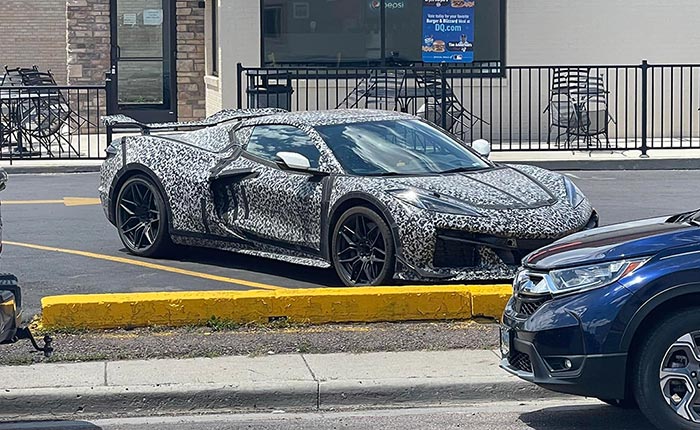 We were able to zoom in on the original photo and it looks like the labeling on this car is what we’ve seen on the other EX-VIN prototypes. Other than the camo, the car looks to be similar to the pre-production CTF cars.

There was another prototype photo that was posted on the MECF and I am thinking this could be the same car based on the Arctic White side mirrors.

The original poster thinks that the exhaust set-up is different on this car, but we aren’t really seeing anything out of place other than how much brighter it appears with the white/black camo vs the production-ready version in Carbon Flash Metallic. 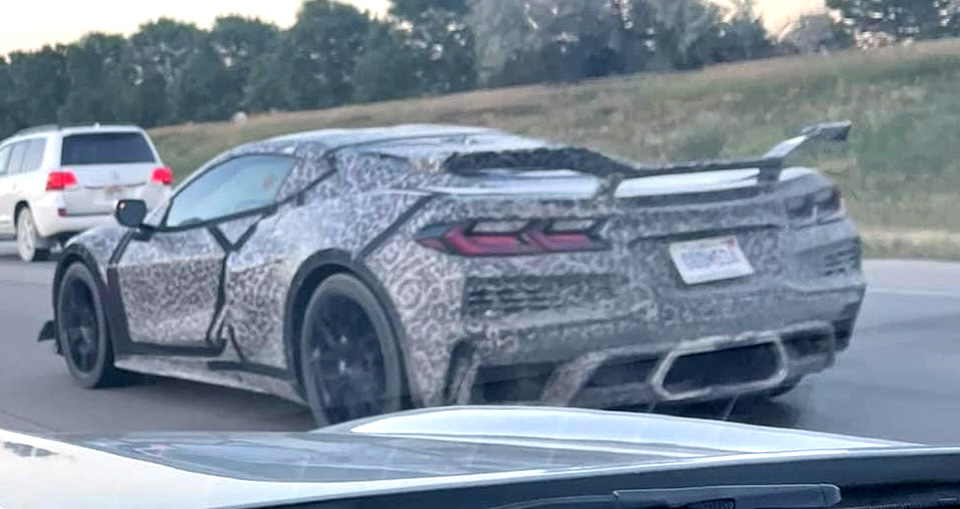 Here is the rear of a Captured Test Fleet Z06 for reference: 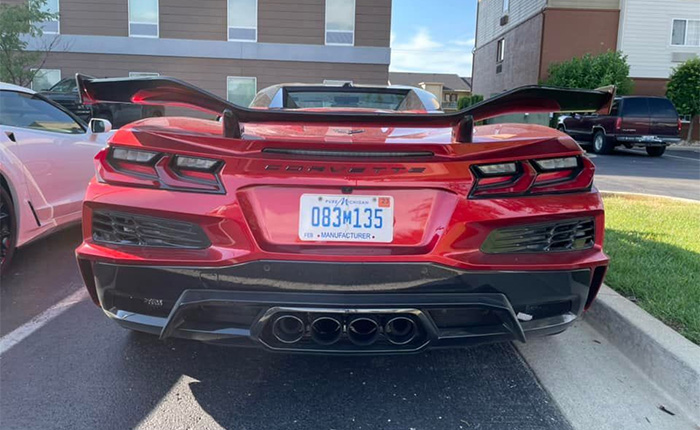