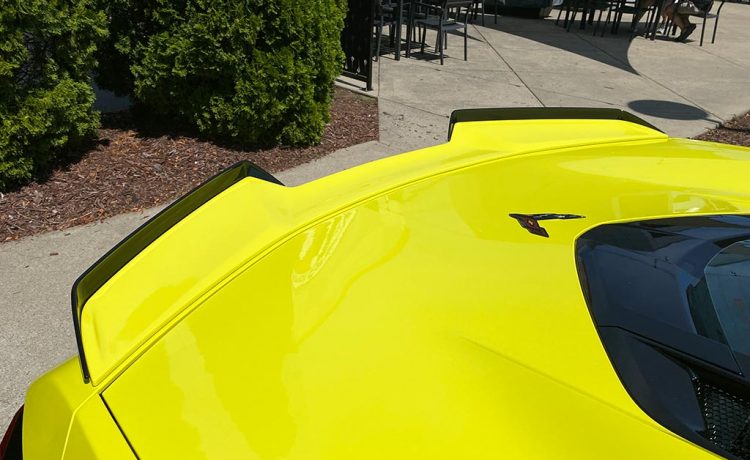 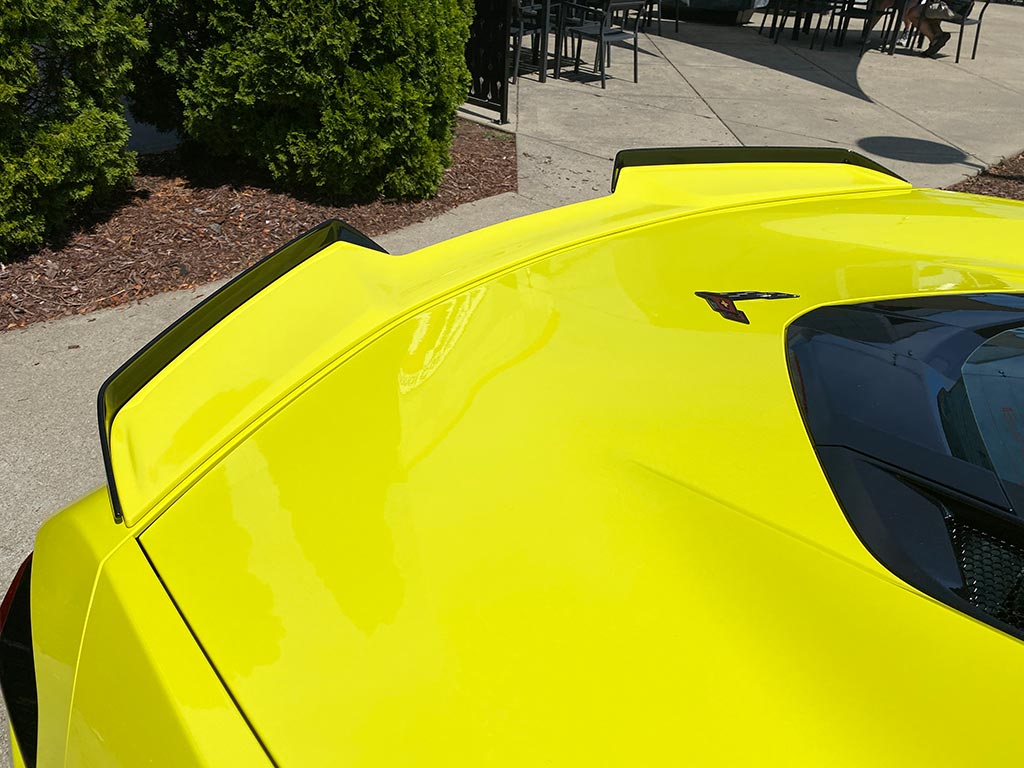 Ever since I first learned of these aero extensions for the standard spoiler on the 2023 Corvette Z06 at the October 2021 Peterson reveal, I’ve been waiting to see a Z06 equipped with them in person. This week at the National Corvette Museum’s 28th Anniversary Celebration, we were able to capture it on an Accelerate Yellow Z06 Coupe.

Perhaps now is a good time to show these off, considering just how constrained the Z07 aero package will be. The standard spoiler on the Z06 is RPO TOE and it comes with a carbon flash trim plate mounted with T15 TORX screws. Just unscrew those, put on the level 2 extensions, and then re-tighten. You can actually adjust the level 2 extensions up or down, with these pics appearing to show it in the maximum downforce position. 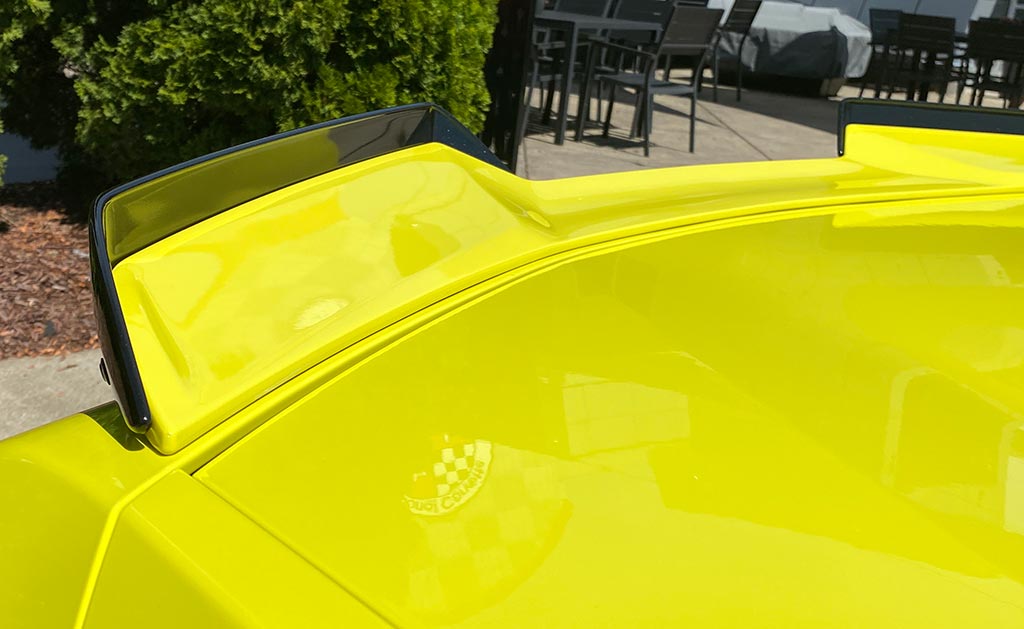 During my conversation last week at Carlisle with Corvette Chief Engineer Josh Holder, I had called the base Z06 spoiler the “Level 1” version, and Josh corrected me, saying the team refers to the base spoiler as the level 3, with level 1 being the Z07 aero kit.

I do really like the streamlined look of the base Z06 spoiler, and the fact that you can add more downforce with these extensions gives you two spoiler looks in one. For you E-Ray fans, we also saw these extensions deployed on the recent Nurburgring test car, so there must be some decent downforce generated from them.

What do you think of these? Let me know in the comments below!