The Great Days > Automotive > [SPIED] Is Chevy Redoing EPA Testing for the 2024 Stingray Due to Additional Safety Equipment?
Automotive

[SPIED] Is Chevy Redoing EPA Testing for the 2024 Stingray Due to Additional Safety Equipment? 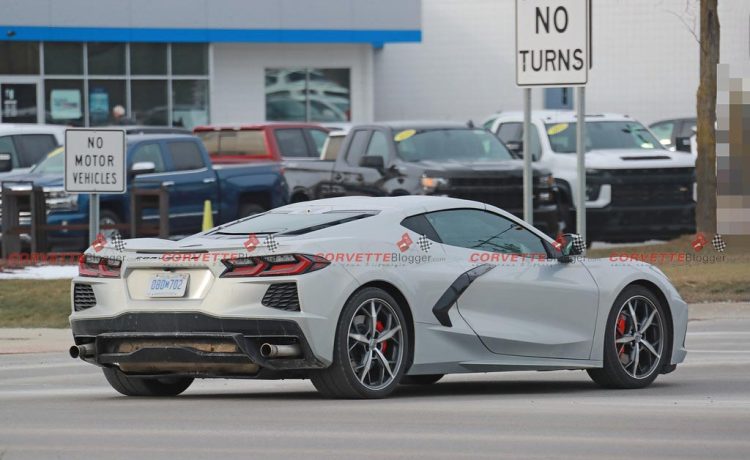 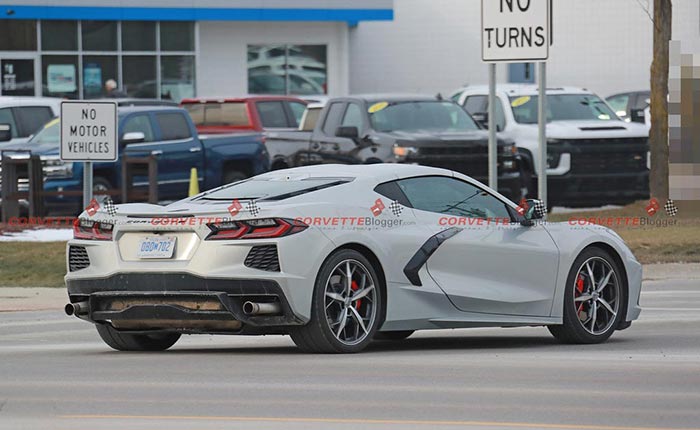 Two weeks ago, GM Authority captured a C8 Corvette Stingray with EPA testing pipes on the car instead of the Stingray’s regular quad exhaust tips, leading to speculation that the 2024 Corvette Stingray is undergoing testing in advance of receiving a bump in horsepower. We now have some additional information about why this testing is being conducted.

Thanks to our friends at the MidEngineCorvetteForum.com and specifically, a member based out of Germany named ‘Ace’ said that the car captured by GM Authority was actually the European-spec C8 Corvette. That model has different headlights and tailights than its US-spec version. According to Ace, the testing has nothing to do with additional horsepower and is instead a response to additional safety equipment being added to the car:

From Mid 2024 all new vehicles in Europe need more assist systems then before. New additions are things like mandatory emergency braking, emergency lane assist and an interface that allows later installation of alcohol level measurement devices. Since these regulations obviously mean the weigth of the car will change carmakers have to do a new homologation which always include emission tests – That’s why this car has the PEMS (portable emissions measurement system) exhaust installed.

So why am I sure, that this is what we are seeing here? Just look closely at the pictures. There is only one thing that distinguishes US and EU C8s: The reflecting areas of rear- and headlights.

Here is an older US (above) and EU (below) C8 comparison from me. The car in the pictures has the clear reflectors instead of the orange/red US model ones. 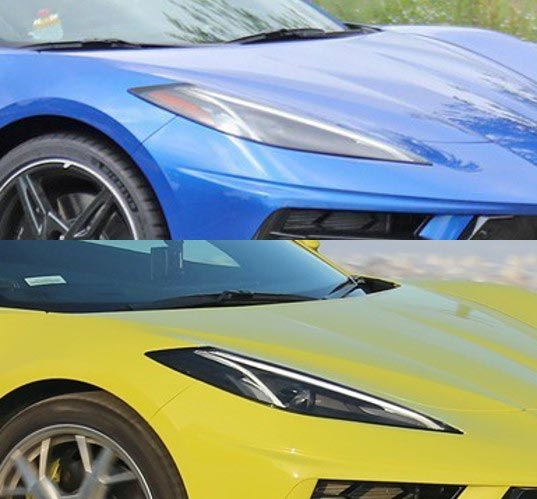 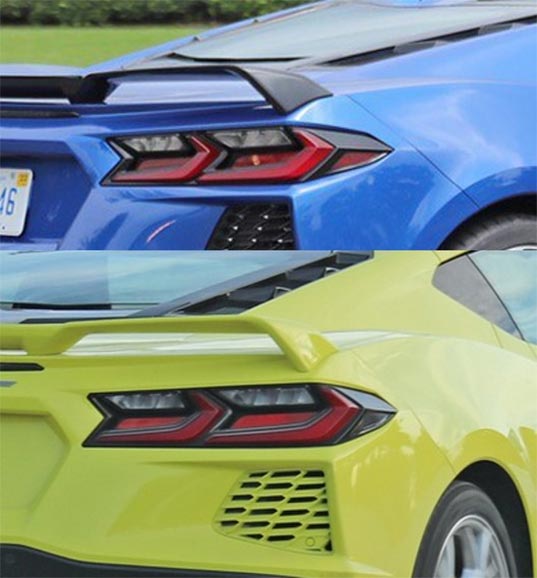 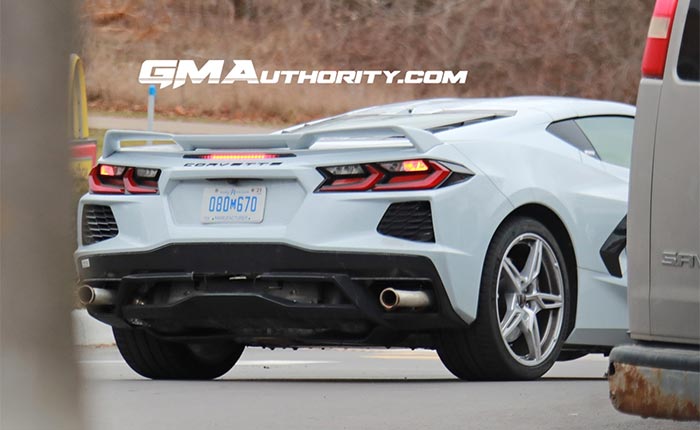 The US model brake setup uses the full outer chamber as a brake light and sequential turn signal at the same time. 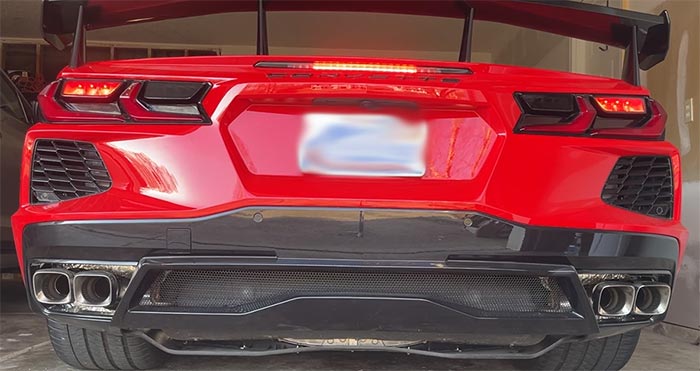 That’s some excellent info coming from Ace about the mandatory features coming to Europe, and with some of the same rules coming to the USA, it makes since that we are now seeing a US-spec Stingray also wearing the EPA testing pipes. So let’s connect some dots…

The upcoming E-Ray will also be sharing the Stingray’s LT2 engine and based on the Visualizer Leak, we learned the car will be getting Adaptive Cruise Control with the button controlling the settings residing under the Z-Mode button on the steering wheel. We speculated that the Adaptive Cruise Control could also be a precursor to Automatic Emergency Braking, which Ace says is a mandatory feature for Europe in 2024, so perhaps this feature will also be coming to the USA.

The other safety feature that Ace mentioned is Emergency Lane Assist (or lane departure), which actively countersteers the car when the driver consciously or unconsciously begins changing lanes. Again, not a feature that many drivers I know like, but if it’s mandatory, then the cars have to have them.

One of the makers of Emergency Lane Assist systems is Bosch Mobility Systems. Earlier this summer, it was rumored that Bosch engineers were testing the Stingray and a Z06 prototype in Spain when the Stingray caught fire and burned to the ground. As many were speculating that the Stingray was an E-Ray in disguise, Chevy was quick to put out a statement saying that it wasn’t the E-Ray and instead it was a specialized testing mule being driven by a supplier when it suffered a “thermal event.”

As we saw the Z06 prototype also being driven by Bosch engineers, those systems were most likely already included when the Z06 underwent its validation testing before the start of production. Because the Stingray was completed back in 2019, that’s why we are seeing these test pipes on both the European and US-spec Stingrays. So it seems logical that the testing is for what Ace suggests, which is the homologation of new mandatory equipment. It would still be cool if Chevy engineers could also come up with some additional horsepower for the LT2. That’s something they are usually quick to consider if given the opportunity, so we’ll have to wait and see.

In the email with the spy photos, our spy photographer does suggest a bump in horsepower is coming for the 495-hp V8 engine. He says:

According to our sources, the C8 Stingray will gain more power for the 2024 model year, which would explain the presence of the EPA/EEA testing exhaust tips on this prototype. The powertrain changes are expected to put the C8 Stingray above the 500 horsepower mark, which seems very feasible given that the car is currently rated at 495 horsepower with the optional performance exhaust system.

Check out the full gallery of Stingray spy photos below:

RUMOR: Is a Bump In Horsepower for the LT2 V8 Engine In the Works?