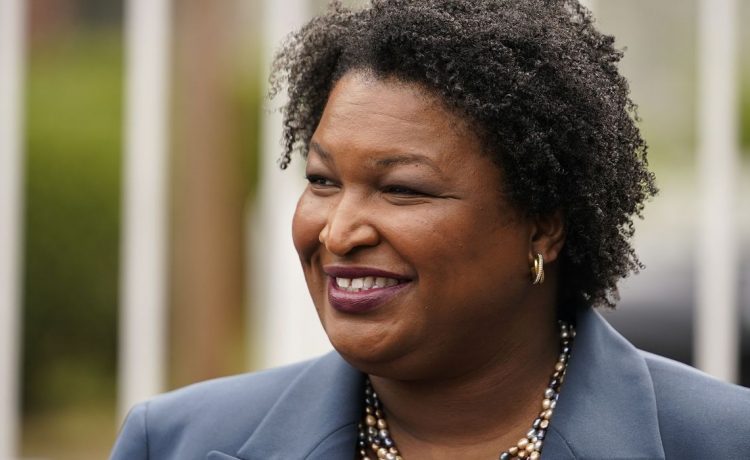 Georgia Democrat Stacey Abrams is doggedly promoting the voter-suppression narrative in her gubernatorial campaign even as the state shatters early-voting midterm turnout records ahead of the November elections.

“We need people to vote. That’s the most important thing. That is why tonight makes so much sense,” said Ms. Abrams, urging voters to visit her website for more information. “We’ve got to turn out early and strong because voter suppression is real.”

She said that 1.6 million new voters have registered since 2018, when she narrowly lost to Mr. Kemp, but didn’t mention that Georgia voters have turned out in record numbers since early voting began Monday.

“Reports of long lines were rare, with some lines in the metro areas being reported,” the office said. “No substantial delays were reported yesterday.”

Black voter turnout has been higher than at the same point in both the 2018 and 2020 elections, according to Georgia Votes, using data from the Secretary of State’s office.

The high participation rate is at odds with an ad being run by One Georgia, Ms. Abrams’ leadership committee, accusing Mr. Kemp of seeking to depress turnout with the election law he signed in March 2021 that was decried by President Biden as “Jim Crow 2.0.”

“We have the power to stop Kemp’s voter suppression by voting for Stacey Abrams,” the ad says.

Ms. Abrams addressed the discrepancy at a Wednesday appearance, saying the record turnout was “amazing” but that “we know that voter suppression is alive and well in Georgia.”

“Yes, we should be excited. But let’s remember what that means,” she said. “It does not mean that voter suppression doesn’t exist. That’s like saying that there are no more sharks in the water because more people get in.”

STACEY ABRAMS: “Yesterday, we saw record turnout for early voting. Yes, we should be excited. But let’s remember what that means—it does not mean voter suppression does not exist.”

In 2021, she ripped the Republican election legislation as “Jim Crow in a suit and tie.” Numerous companies criticized the bill, and Major League Baseball relocated the 2021 All-Star Game from Atlanta to Denver over concerns about the rules.

In her conversation with Ms. Winfrey, Ms. Abrams cited the account of Otis Moss, a Black man who sought to cast a ballot in Troup County, Georgia, but was turned away from multiple polling places.

“You told the story of Otis Moss and how they kept moving his polling place four years ago when you were in Georgia, you talked about the story,” Ms. Abrams said. “The reality is that voter suppression is still alive and well, it keeps morphing into new barriers, but it’s still real.”

The year was 1946, according to a 2020 op-ed by the Rev. Otis Moss III, senior pastor of the Trinity United Church of Christ in Chicago.