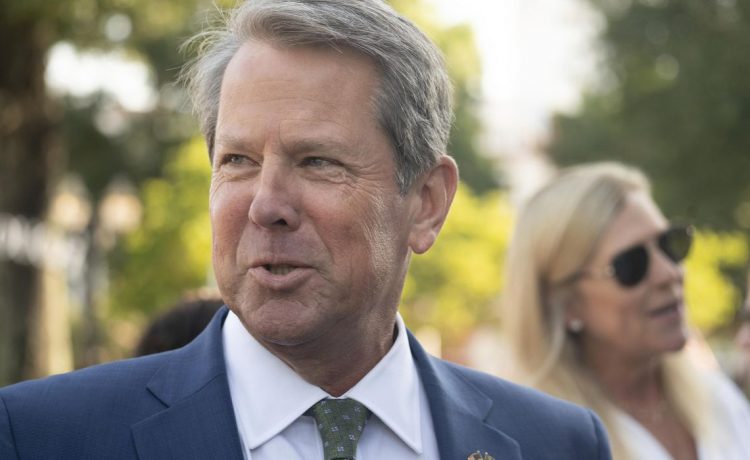 Democrat Stacey Abrams continues to raise more money than incumbent Republican Brian Kemp in the Georgia governor’s race, but her heavy spending means she has less cash remaining for the final sprint through the Nov. 8 election.

Abrams said Friday that her campaign and an associated leadership committee had raised more than $36 million in the three months that ended Sept. 30. Abrams has collected a total of $85 million since announcing her second bid for governor.

The Democrat said she had more than $11 million in cash remaining, after spending nearly $44 million during the third quarter

Abrams has effectively leveraged a Republican-backed law that allows top Georgia candidates and legislative caucuses to collect unlimited contributions through leadership committees, while coordinating spending with traditional campaign committees, leaving no difference in who controls the money and how it can be used. Her One Georgia Committee raised $20.8 million during the quarter, while her direct campaign raised $15.4 million.

After Abrams outraised Kemp nearly 3-to-1 in the early summer, Kemp has narrowed the gap, announcing Wednesday that he’d taken in $28.7 million. Kemp has raised nearly $60 million for his reelection and had $15.4 million as of Sept. 30 to spend through election day.

The Abrams campaign said it collected money from more than 370,000 individual donors, reflecting the nationwide donor base that Abrams has built. The campaign said that 350,000 donors have given $100 or less, what campaign manager Lauren Groh-Wargo said reflects a campaign “fueled by grassroots donors.”

The 2022 races in closely divided Georgia show how pricey it’s gotten to compete in what has quickly become the South’s premier battleground state. Hundreds of millions in political spending is pouring out from candidates, political parties and outside groups in the governor’s race and the U.S. Senate race.

Abrams and U.S. Sen. Raphael Warnock have both demonstrated strong fundraising power in a state where Republicans once routinely outspent Democrats, while outside GOP-aligned groups, especially in the Senate race, have tried to make up the difference.

Warnock kept his cash lead over Republican challenger Herschel Walker and announced Wednesday that he raised $26.3 million. That compares to the $12 million Walker said he raised. Walker said he had about $7 million in cash as of Sept. 30, while Warnock said he has nearly twice as much.