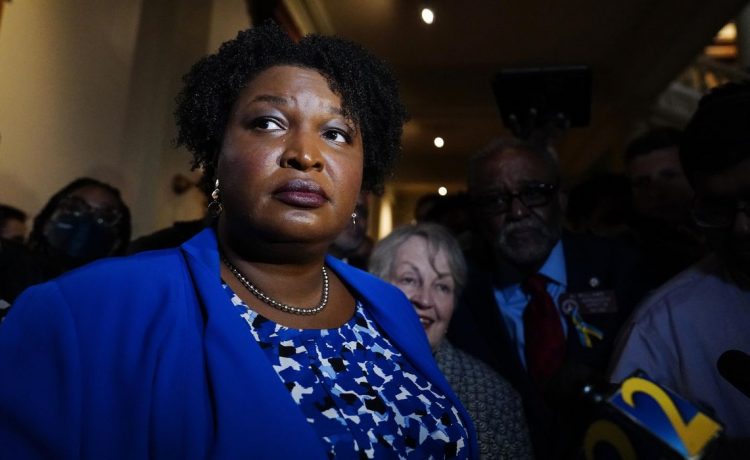 The conventional political wisdom has it that the abortion issue is a winner for Democrats, but pro-life advocates disagree.

The Women Speak Out PAC, a partner of Susan B. Anthony Pro-Life America, unveiled Monday a $1 million ad campaign in Georgia accusing Sen. Raphael Warnock and Democratic gubernatorial nominee Stacey Abrams of being “too extreme on abortion.”

“Stacey Abrams and Raphael Warnock support aborting babies not just at six weeks, not just at 15 weeks, when a baby can feel pain, but up to 40 weeks,” says the 30-second ad.

The commercial, which will run for a week on broadcast and cable stations in Georgia, comes with Democrats laser-focused on abortion since the Supreme Court overturned Roe v. Wade in its June 24 decision in Dobbs v. Jackson, sending the issue back to the states.

While Republicans have sought to spotlight the economy and inflation, pro-life groups argue that Democrats are vulnerable on the abortion issue, citing polling that show a majority in favor of restricting most procedures in the second trimester.

Georgia passed a “heartbeat law” in 2019 limiting most abortions after a fetal heartbeat can be detected, typically six to eight weeks’ gestation. The law includes exceptions for “medically futile” pregnancies as well as rape and incest when a police report is filed.

Abrams spokesperson Alex Floyd contrasted the Democrat’s position with that of Republican Gov. Brian Kemp, who has said he personally supports banning abortion with an exception only for the life of the mother but will defend the Georgia law.

“Stacey Abrams has already stated her support for limits in line with Roe and Casey. Brian Kemp wants to ban abortion even in the case of rape and incest,” said Mr. Floyd in a statement.

Ms. Abrams drew pushback last month when she said that there is “no such thing as a heartbeat at six weeks,” calling it a “manufactured sound.”

Last week, she linked abortion to inflation by saying that “having children is why you’re worried about your price for gas.”

SBA president Marjorie Dannenfelser noted that Ms. Abrams not only “doubled down on denying the scientific reality of when a baby’s heartbeat can be detected, this week she essentially argued that abortion is a tool to fight rising costs of living for families.”

In May, Mr. Warnock voted in favor of the Women’s Health Protection Act, a bill that bars most state restrictions on abortion and allows abortion after fetal viability if the pregnancy would “pose a risk to the pregnant patient’s life or health,” which has been defined to include mental and emotional health.

Ms. Dannenfelser said that Mr. Warnock “would work at the federal level to impose abortion on demand without limits nationwide.”
Pro-choice groups are also stepping up in Georgia.

Planned Parenthood Votes plans to spend a record $50 million this year in key battleground states, including Georgia, where the independent expenditure committee launched last month a six-figure ad campaign to promote the Abrams and Warnock candidacies.

“No politician should take away our power to control our bodies. Take control,” says a pro-Abrams ad.