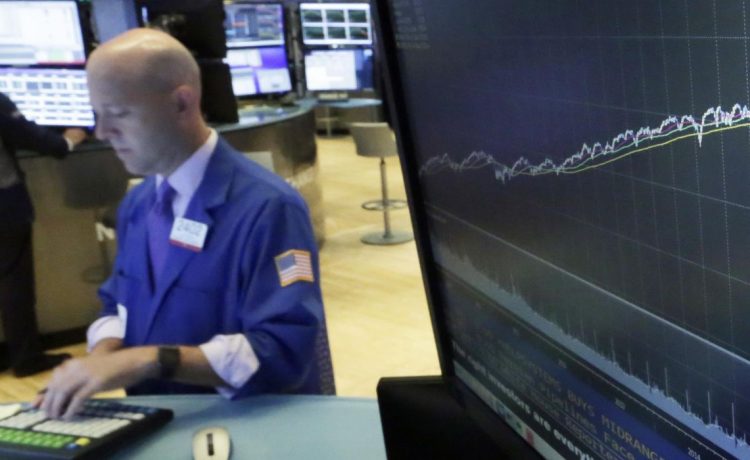 Republican state treasurers are touting a red wave, not about their party’s midterm election results, but about taking on what they deem to be “woke” corporate policies held by Wall Street investment firms.

GOP-led states that have divested public funds like pension plans from investment companies gathered in the nation’s capital on Monday at a conference of Republican state financial officers. They promoted taking on banks and investors whom they accuse of prioritizing liberal policies like climate change rather than investors’ returns by incorporating environmental risks in their investments.

Republicans argue that combating environmental, social and governance issues, or ESG, at the state level has been a win-win for constituent investors and the party. They say it’s a topic that can boost congressional GOP candidates going forward after a lackluster midterm performance.

“This should be, I think, a top priority and something that we can run on because if you’re trying to talk about illustrating what left-wing policies look like in practice, this is it,” West Virginia Treasurer Riley Moore told The Washington Times. “I do think there needs to be more national focus on it at the federal level.”

West Virginia, at Mr. Moore’s direction, became the first state earlier this year to bar firms such as Goldman Sachs, JPMorgan Chase, Morgan Stanley, Wells Fargo and BlackRock from doing business with state funds. They’ve been accused by Mr. Moore and other state Republican officials of boycotting fossil fuel companies and others due to issues like climate change, abortion and guns.

Energy-rich states like West Virginia say such moves only hurt their economies and tax revenues, and they must thus sever ties.

“It doesn’t make sense for me to try and damage our economy, damage industries, damage the ability for [residents] to have energy cheaply,” Kentucky Treasurer Allison Ball told reporters.

Since West Virginia’s divestment, several other red states such as Arkansas, Louisiana and Utah have done the same. Others are eyeing similar anti-ESG legislation that would force their states to do so.

Collectively, Republican states have divested more than $1 billion from Blackrock alone. The sum is a drop in the bucket for the world’s largest asset manager with some $8 trillion in client assets, but the political pressure has caught their attention.

“The entire system that we have in this country, the capital market system is under attack,” Utah Treasurer Marlo Oaks told reporters. “People need to understand that this is not just about dollars, they’re in ESG-mandated investment portfolios. This is about all of the assets that some of these investment managers are managing.”

House Republicans are also gearing up to take on some of the largest financial institutions, if they retake the majority in the chamber. There were too many outstanding races as of Monday to say whether Republicans had won the House, but it appears likely they will have a slim majority.

Key GOP committees want to put the issue front and center with public hearings featuring executives from firms such as Blackrock, even though some Republicans have suggested taking on such corporations would be best left to the states.

The targeted firms have refuted the notion that they boycott oil and natural gas companies, accusing Republicans of pushing a false narrative. Blackrock, for example, has sought to “set the record straight” with ad campaigns that tout the billions it invests in energy companies.

ESG proponents, including Democrats, argue that it’s financially irresponsible to ignore climate risks as a changing environment impacts where people live, how they travel and how economies operate.

Still, red states are vowing to forge ahead until institutions reverse course.

“We’re not on the brink of some cataclysmic environmental event in the world. A lot of the risk [the political left] lays out, we’re talking 100 years out,” Mr. Moore said. “You can’t make investment decisions based on something that’s going to happen in 100 years. Your pension beneficiary is going to be dead.”