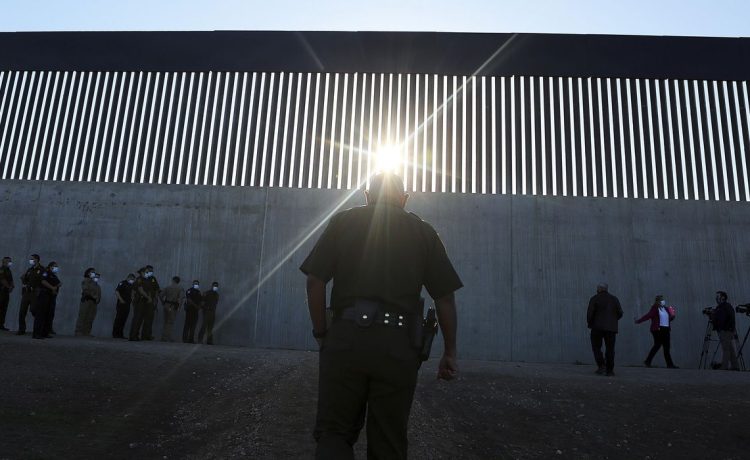 GOP-led states sued Tuesday to try to stop President Biden’s “parole” program that would create a new pathway for up to 30,000 migrants to enter the U.S. each month.

The states, assisted by America First Legal, said the program has no basis in law and stretches the parole power far beyond what it was intended to do.

“This is a dramatic escalation in the open borders crusade – not only is Biden freely admitting illegal aliens who arrive at our borders, but he is now going to foreign countries to pre-approve innumerable illegal aliens to flood into our country without any legal basis whatsoever,” said Stephen Miller, president of AFL and an architect of President Trump’s immigration policies.

He called the Biden plan “illegal, unconstitutional, and contemptible.”

Those who come must have sponsors in the U.S.

Those from the four nations who arrive without being part of the program are supposed to be expelled.

The Biden administration is admitting the 30,000 a month through the parole power, which is supposed to be for individual cases where there is a “significant public benefit” or “urgent humanitarian reasons.”

Analysts say the public benefit was meant for cases such as where someone was needed to testify in court, while the humanitarian category was meant for instances such as lifesaving medical care.

The thought was they would return home after the parole period ended.

In recent years, however, it has become a safety valve for the surge of migrants at the border who have figured out the pressure points in the U.S. immigration system. Under the law, they are supposed to be detained until a decision can be rendered on their cases, but with detention space limited, the Obama, Trump and Biden administrations have all used parole to catch and release people.

In a legal filing justifying the parole program, Homeland Security said the new program meets the “urgent humanitarian needs” test in the law by giving people in troubled countries “a safe mechanism” to escape.

Homeland Security said it meets the “public benefit” test because parole converts some of those coming illegally into legal entrants. That allows authorities to run at least some checks on people before they show up.

The department also said parole eases the lives of the migrants, who won’t have to pay smugglers and make a treacherous journey.

The law requires parole to be granted on a case-by-case basis. The regulatory filing repeatedly claims that is what the new policy does, but experts said it’s tough to square that claim with the massive numbers.