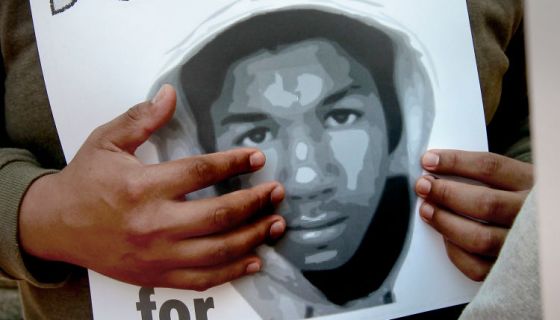 Every once in a while, white conservatives remind us they are truly terrible human beings. (Also, “once in a while” might just be the most generous thing I’ve ever written regarding right-wing terribleness.)

Democratic candidate John Fetterman is now Senator-elect John Fetterman after flipping a Republican seat in Pennsylvania and further disrupting the “red wave” the GOP was hoping for.

Fetterman won and he did it without presenting himself as your typical politician in a suit and tie.

Just over 6ft 8in with a goatee, tattoos on his forearms and a strong tendency toward workwear (for his official portrait, he chose to sit in a creased, grey Dickies camp shirt in front of the US flag), Fetterman has been described as the state’s first “workwear senator” as well as “a dude in shorts”.

Yet in spite of this – or perhaps because of it – he broke the Republican grip on Pennsylvania’s white working-class vote while wearing a black Carhartt hoodie, a garment “that isn’t fancy, is well made, and crucially will last – all qualities that a politician like Fetterman probably wants to convey in what he’s wearing”, says Erynn Masi de Casanova, professor of Sociology at the University of Cincinnati and author of Buttoned Up: Clothing, Conformity, and White-Collar Masculinity. “Put simply, this hoodie is an easy way to read what he seems to stand for”.

took issue with Fetterman’s hoodie, so much so that he decided to make a racist and tasteless “joke” at the expense of Trayvon Martin, the 17-year-old who was shot and killed by racist off-white supremacist coward George Zimmerman.

“Where’s Zimmerman when you need him,” Crowder quipped to the laughter of whoever that other white man was in the studio with him.

(Seriously, does anyone who doesn’t smell like 400 years of oppression because they don’t wash their legs even know who these people are?)

First of all, only the most bigoted of tighty-righty-whiteys could possibly think Trayvon jokes are funny or appropriate. They’ll call you a “snowflake” if you get offended, but they’d also get their star-spangled Klan-derwear in a bunch if someone were to see a building they thought was ugly and ask, “Where’s bin Laden when you need him.” (Actually, you wouldn’t have to even do that much. Just kneel during the national anthem and imply that America is not the greatest country in the world. That’s enough to get those white conservative tears flowing.)

Secondly, Bargain Basement Tucker Carlson (seriously, I already forgot his real name) just low-key suggest that Fetterman should be shot and killed, which would normally be a media personality no-no even in jest—you know, if conservative pundits had standards for basic human decency.

Over the course of his show’s history, he’s called CBS reporter Betty Yu “aggressively Asian,” said that rape victims are “blue-hared would-be lesbian feminists“, suggested they are liars, and joked that Black farmers were planting “Hennessey trees” in soil that has “a high level of meth”.

But in 2019, Steven Crowder’s awful comments hit a new low after he called Vox journalist Carlos Maza a “lispy queer, a “little queer,” and a “gay Mexican.”

In a tweet from 4 June 2019, Maza said: “I have spent two years getting targeted by racist and homophobic abuse from one of YouTube’s star creators.

Side Note: Since when are Black people associated with meth? Crowder is so bigoted he can’t even keep his racial stereotypes straight.

Seriously though, while I maintain that nobody knows who Crowder is outside of washcloth-challenged people who think the District of Columbia is a foreign land full of Mexicans, Pink News noted that he has “more than 5.7 million subscribers and 1.5 billion views on his videos,” which reminds us that conservatives represent the party of bigotry, despite how much white conservatives deny it.

Crowder is just a terrible man who adheres to a terrible ideology shared by millions of terrible people across America.

Those terrible people also include Zimmerman, by the way.