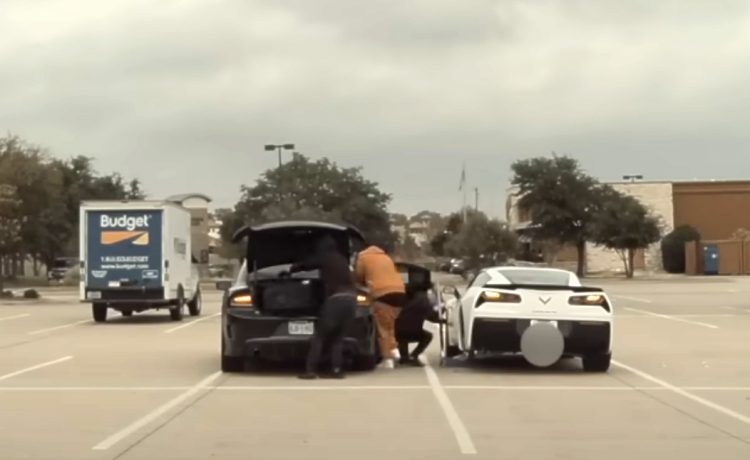 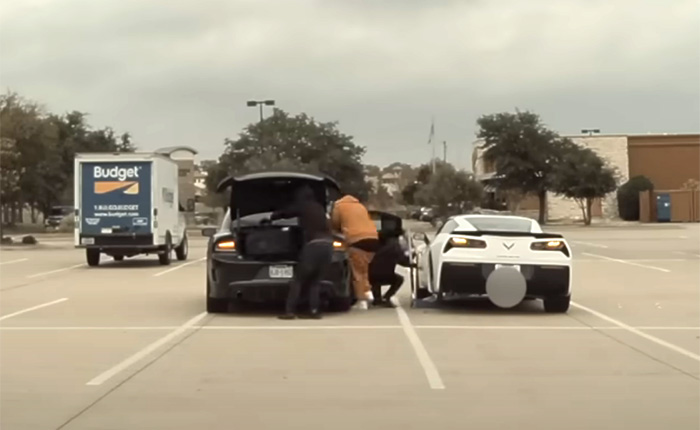 “Gone in 60 Seconds” may be the name of a classic movie about a group of car thieves, but check out this low-budget “remake” in the parking lot of a Southlake, Texas shopping center.

A camera from a Tesla that happened to be parked across from an Arctic White C7 Corvette coupe captured the theft of a single rear tire and wheel off the Chevy sports car that took less than a minute from start to finish.

Fortunately, Teslas are equipped with cameras that are used for their electronic driver aid systems, like Autopilot, but they can also record video to keep an eye on the car and its surroundings when it is left unattended, sometimes a lucky break for other drivers.

For example, in this video released by the Southlake Police Department, a black Dodge Charger can be seen pulling up beside the Corvette at 1:39 p.m. on Nov. 3. One man jumps out and retrieves a jack from the trunk of the Tesla, and as he jacks up the car, a second man begins to loosen up the lug nuts of the driver’s side rear wheel. A third participant finally leaps from the Charger, removes the tire and wheel, and deposits it in the trunk – all while the Corvette’s alarm system has the horn blaring and the lights flashing. 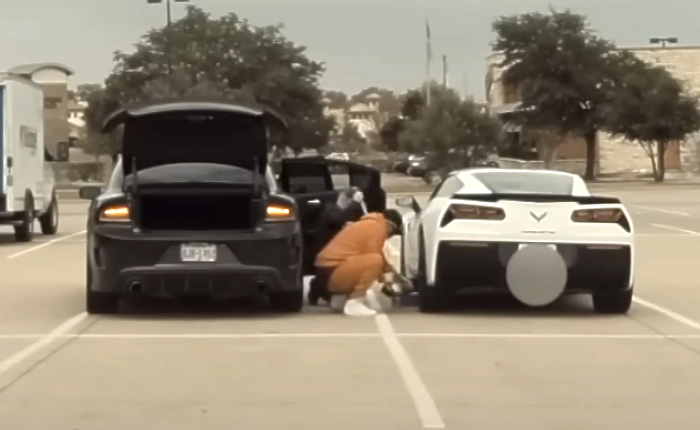 After returning their other equipment to the trunk, the Charger speeds off – with the rear door still in the process of being slammed – just 55 seconds after pulling up to the Corvette.

“The three look like they’re working for NASCAR with the speed and practice of their theft, though we’ve never seen NASCAR crews have their pants slowly, slowly, slooooowly drop,” the department wrote in the caption for the video, which showed one of the alleged criminal’s pants slip down.

Police told Fox News Digital that the tire and wheel are valued at $1,600.

While the Charger’s Texas license plate (HJX 1452) is visible in the video, police are still asking for help from the community to identify the three subjects if they are “TIRE-d of petty crime like this happening in your fair city.”

Police concluded: “If you recognize any of these bad guys or know some buddies bragging about how they finally got their wheel theft time under a minute, please reach out to crime analyst Diana Smith at 817-748-8915 or email her at [email protected]. As always, you can reach out to us on our socials. Good luck gumshoes!”