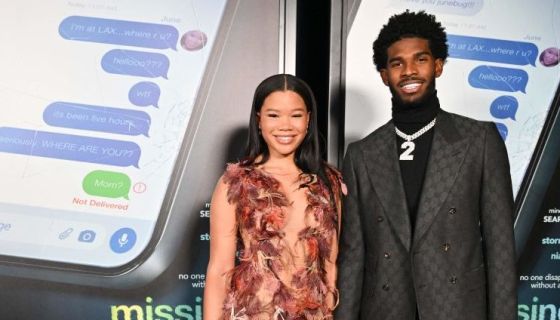 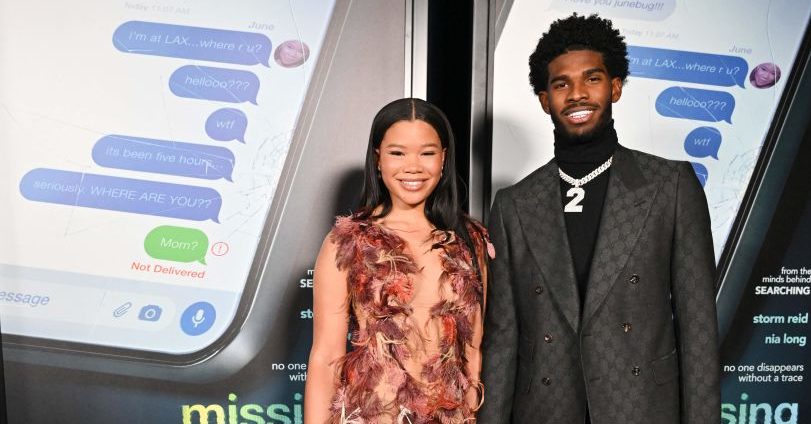 The movie seems to be a refreshing of the formula instead of a sequel. While promoting the film Reid dropped by Jimmy Kimmel Live. During the interview, she revealed while she’s working on various products she maintains enrollment at USC.

Jimmy Kimmel didn’t waste any time asking Storm Reid how she plans to handle the upcoming USC and Colorado game next season. Her boyfriend Shedeur Sanders is now QB1 for Colorado while she attends USC. Reid made sure to let everyone know she will be supporting her man when the game arrives.

“I do [watch all of his games], whether I’m there or not, I do support, and I’m just glad to have him as a friend, as a confidant, to be able to support him. He supports me. It’s fun,” she added.

“[The game against each other is] at our stadium. I will be for sure in the student section or wherever I am, rooting for the Buffaloes,” Storm dished. “Oh absolutely, wearing [his] number and everything.”

Reid supported Sanders as much as possible while he was playing at Jackson State and has chosen her side heading into the 2023 season.