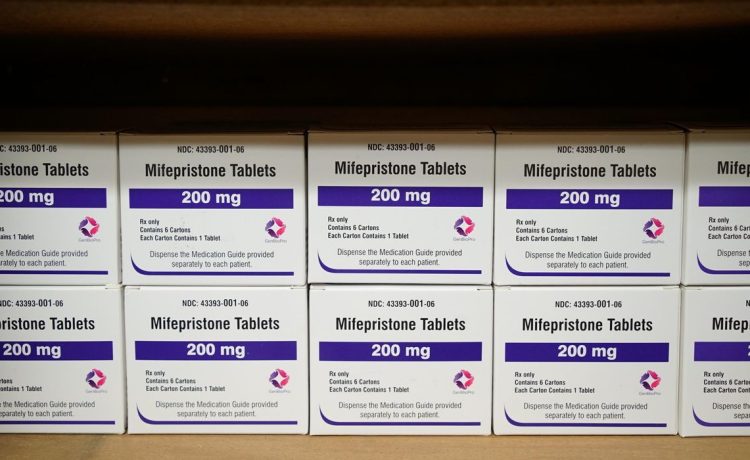 The number of U.S. abortions rose annually from 2017 to 2020, led by a spike in chemical abortions, according to a recent study confirming the reversal of a decades-long decline.

“This study did not address factors behind the increase in abortion,” Guttmacher said in a summary. “However, this report demonstrates that the need for abortion care was growing just prior to the overturning [of] Roe v. Wade, and the impact of this decision will be even more far-reaching than previously expected.”

Guttmacher found the share of women who terminated pregnancies using the abortion pill, most commonly mifepristone and misoprostol, rose from 39% in 2017 to 53% in 2020.

The number of chemical abortions is likely even higher since the study did not include those performed at home, said Tessa Longbons, a senior research associate at the pro-life Charlotte Lozier Institute.

“Abortion pills shipped by illegal international groups like Aid Access fall through the cracks,” Ms. Longbons said in an email. “Even Guttmacher is reliant on voluntary reporting that forces them to fill in the gaps with their own best guesses.”

Trump-era cuts in federal funding for contraception could have also led more women to terminate pregnancies, said Mary Ziegler, a leading expert on the legal history of the U.S. abortion debate.

“I think medication does make it easier, in theory, for people to have telehealth abortions. It’s also less intimidating than going to a clinic for surgery in many places,” said Ms. Ziegler, a law professor at the University of California, Davis. “But I don’t think most people make the decision to have an abortion based on what kind of abortion they’re having.”

Abortion pills became more widely available during the period covered by the Guttmacher study after a 2016 policy change at the Food and Drug Administration made them easier to obtain.

In Maine, where Medicaid started covering elective abortions in 2020, Guttmacher found a 13% increase from 2019 to 2020. That was the 5th highest percentage increase of any state and much higher than Maine’s 3% increase from 2017 to 2019, Mr. New noted.

Abortions likewise increased by 24% from 2017 to 2020 in Illinois, where Medicaid started covering elective abortions in 2018.

And Guttmacher found abortions increased by 14% from 2019 to 2020 in Virginia — a state that in 2020 repealed several pro-life laws mandating a 24-hour waiting period, ultrasound testing and informed consent.

These numbers confirm that women in abortion-restricting states find other ways to terminate their pregnancies, said Daniel K. Williams, another leading historian of the abortion debate.

“Restrictive state abortion laws do decrease abortion rates by very modest amounts, but they have not proven to be a very efficient or effective way of reducing the number of abortions nationally,” said Mr. Williams, a history professor at the University of West Georgia.

“States that prohibit abortion providers from operating will find it very difficult to stop people from obtaining abortion pills elsewhere, especially since people can bypass the American medical system entirely by ordering abortion pills online from an international supplier.”

Complicating matters, the federal government fails to require states to report their abortion numbers. That creates undercounts likely to worsen as more women hide their abortions in states that have added restrictions since the Supreme Court overturned Roe v. Wade in June.

The Centers for Disease Control and Prevention reported 1% annual abortion rate increases in 2018 and 2019. But the CDC’s latest report found a slight decrease in 2020, contradicting Guttmacher’s findings.

Forty-seven states reported data to both the CDC and Guttmacher in 2020. In these 47 states, the CDC counted approximately 114,000 fewer abortions than Guttmacher did — an undercount of more than 16%. In New York and New Jersey, the CDC undercounted by more than 40%.

And in New York, the state with the second-highest number of abortion providers, New York City also does not report abortions to the CDC.

“The clear inaccuracies in abortion reporting make it impossible to truly know how many unborn Americans’ lives this horrific practice has taken,” Joy Stockbauer, an analyst at the pro-life Family Research Council, said in an email.

Experts say that suggests more women will turn to abortion pills in states that have moved to restrict clinics in recent months.

“The increase in U.S. abortion rates and increase in pill abortions, reported and non-reported, demonstrates a tactical failure of the pro-life movement,” said Dwain Currier, public policy director of the American Life League. “These deadly tactics give cover to so-called pro-life lawmakers while at the same time give legitimacy to the business of preborn child killing.”